The EU: reprimanding the Baroness over Moscow and Kiev, and the charisma of a damp rag 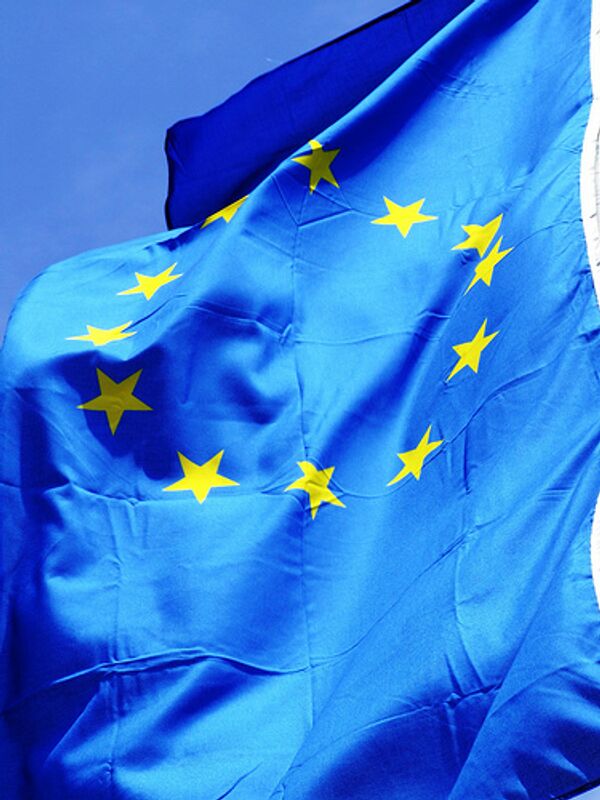 At last something interesting is happening in Brussels, that is, in the European Union. It seems to have left behind a stultifying period of business routine, with the first series of haggling and squabbles since Lisbon (where the group reformed itself) now well underway.

At last something interesting is happening in Brussels, that is, in the European Union. It seems to have left behind a stultifying period of business routine, with the first series of haggling and squabbles since Lisbon (where the group reformed itself) now well underway.

This was bound to happen sooner or later. It was inevitable after the organization adopted a new charter on December 1, 2009, underwent major restructuring, a change of leadership and the redistribution of authority. New brawls break out over mundane issues such as who the boss is now, why them and not someone else, and should they act like that? Or why are they behaving this way and not differently?

The most curious thing is that a serious misunderstanding recently erupted over the recent visits to Moscow and Kiev by Catherine Ashton, the EU's High Representative for Foreign Affairs and Security, who met with President Dmitry Medvedev on February 24 and represented the EU at the inauguration of the Ukrainian president-elect, Viktor Yanukovych.

Her visits to Russia and Ukraine coincided in time with a two-day meeting of EU defense ministers in Palma de Majorca. Although they mostly discussed routine issues, some of the ministers took offence at the Baroness of Upholland choosing Russia and Ukraine over the Balearic Islands. The worst part of it is that Baroness Ashton's move offended the "big" European nations. French Defense Minister Herve Morin set the tone, berating the EU's top diplomat for failing to attend the meeting: "Isn't it rich that this morning, to display the ties between NATO and the EU, we have the NATO secretary general (Anders Fogh Rasmussen) here but not the high representative for the first meeting since the Lisbon treaty came into effect?"

General discontent began to grow after this statement. Some of the ministers said in private that either the new European Union President Herman van Rompuy or Manuel Barroso, President of the European Commission, could have been sent to Moscow and Kiev. They said that her predecessor Javier Solana always managed to find space in his diary for the EU defense ministers' talks. She was also reminded for the fact that this was not the first time she had missed a defense meeting.

In politics, when one comes in for criticism, it is always good to know where that criticism is emanating from. This would also reveal where the discontent within the EU lies and what to expect in future.

The French deny instigating this attack on the English baroness, although this is difficult to believe if one reads Paris newspapers. They even contain hints on her flawed past, since she was a Labour party activist and one of the women at Greenham Common peace camp protesting against the deployment of U.S. cruise missiles in Britain; she was even accused of being "bribed by the Soviets."

Pierre Lellouche, the French Minister of State for European Affairs, criticized her for failing to rush to Haiti after it suffered a devastating earthquake on January 12. She should have "flown the flag" in Haiti, grumbled the French minister sighing that, alas, "not everybody is Nicolas Sarkozy". Lellouche is a great supporter of his president.

The French in fact supported Ashton's nomination, but now they are indignant because she is overly engaged in foreign politics. France would have preferred that to be Sarkozy's to define.

Ashton's entourage agree that she could have left Kiev to President Van Rompuy, but insist she had to visit Moscow because Foreign Minister Sergei Lavrov had invited her. Van Rompuy almost had a free day on February 25, giving one lecture to students at a small college in Bruges. Van Rompuy's team retorted that he was too high up in the EU to attend such an inauguration ceremony. A source in Barroso's office hinted that she was indeed taking on more responsibility than she could handle. Three top European Union officials are already deeply entrenched in this bickering.

This kind of brawling is not doing the EU any good; moreover, it makes the Lisbon treaty's opponents ever more confident that the treaty was not ready, unfinished and only served to confuse things rather than to streamline the organization. Now the EU is managed by a trio: President Van Rompuy, Prime Minister Barroso and Foreign Affairs and Security Policy High Representative Ashton, with each of them clearly trying to grab as much authority as possible.

Their powers are in fact only vaguely described in the treaty which, although intended to streamline the EU governance structure, in fact has made it even more difficult to answer the famous rhetorical question asked by former U.S. Secretary of State Henry Kissinger: "Who do I call if I want to speak to Europe?"

This issue is even more confused. Who should Russia call to push through the visa-free entry issue or the new partnership and cooperation treaty? Who is more authorized to discuss these issues - Barroso, Van Rompuy or Ashton?

UKIP MEP Nigel Farage tried to defend his compatriot who came under attack as she found herself in the middle of the brawl. He told Herman Van Rompuy, the president of the EU, in the European parliament that he had "all the charisma of a damp rag and the appearance of a low-grade bank clerk." "Who are you? I'd never heard of you, nobody in Europe had ever heard of you," Farage said. His comments on the EU's new leadership were so vivid that he was immediately labeled enemy number one in the Belgian media.

In addition he dismissed Belgium as a "non-country." Belgian Prime Minister Yves Leterme even complained to the President of the European Parliament Jerzy Buzek.

But all attempts to make Farage apologize only made things worse for Belgium. When Belgian Socialist Party MEP Veronica Kaiser tried in a gentle "womanly" way to remind him of his manners, he said that, although she was certainly "very sweet and rather pretty", he would not apologize for Belgium being "a completely artificial construction and a mistake."

Poor old Belgium, whatever has it done to deserve this...