U.S. in talks with Bulgaria on missile shield 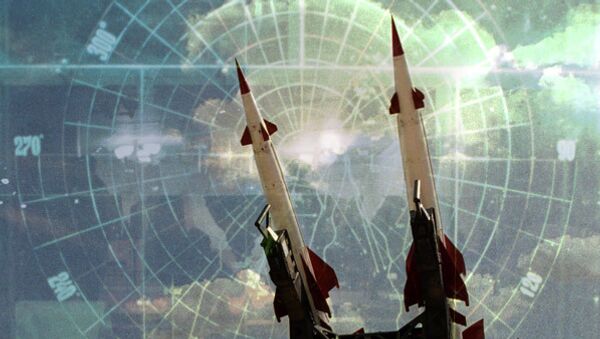 © Сollage by RIA Novosti
Subscribe
The United States is holding informal talks with Bulgaria on hosting elements of a U.S. missile shield on its soil, the U.S. ambassador to the Balkan country said Friday.

The United States is holding informal talks with Bulgaria on hosting elements of a U.S. missile shield on its soil, the U.S. ambassador to the Balkan country said Friday.

James Warlick indicated during his lecture at the Atlantic Club in Sofia that discussions were in the very early stages and that so far the United States was only prepared to hold consultations with the Bulgarian government, according to the BTA news agency.

Warlick also said America would not want to make Bulgaria choose between Washington and Moscow, and that both the United States and Bulgaria would like to see a prosperous Russia as a friendly partner.

Bulgarian Prime Minister Boyko Borisov said earlier in the day a final decision was yet to be taken.

"We are waiting for reaction from the European Commission and the Bulgarian parliament," he told reporters.

"We need to show solidarity with our partners. I believe that when you are a member of NATO you should work for the collective security," he added.

Last week Romania announced that it would host interceptor missiles as part of a U.S. missile defense system on its soil.

A U.S. State Department official said earlier the facilities in Romania are to become operational by 2015 and are designed as protection against "current and emerging ballistic missile threats from Iran."

The planned deployment in Romania comes after U.S. President Barack Obama scrapped plans for a radar and interceptor missiles in the Czech Republic and Poland, which Russia fiercely opposed as a national security threat and a blow on its nuclear deterrent. Moscow threatened retaliatory measures.