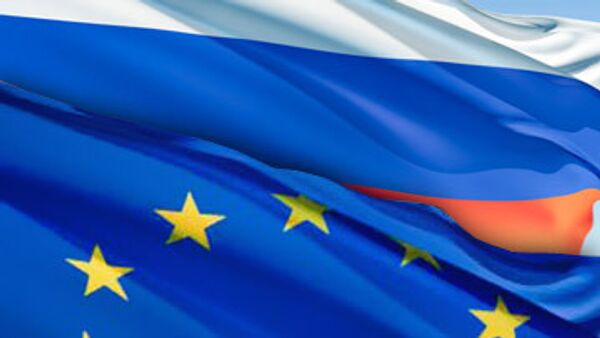 © RIA Novosti . collage
Subscribe
International
India
Africa
Europe has offered Russia help in achieving its goal of modernizing the economy, but said it should start with improving democracy in the country, a Russian business daily said on Thursday.

Europe has offered Russia help in achieving its goal of modernizing the economy, but said it should start with improving democracy in the country, a Russian business daily said on Thursday.

The European Commission has drafted a program to aid Russia's modernization drive, announced by President Dmitry Medvedev last year. It also said Moscow should ensure the rule of law for the efforts to be effective, Kommersant said, citing the EU office in Moscow and Russian diplomats in Europe.

Moscow approved the program's economic and technological initiatives, but rejected what it called its lecturing on democratic values, the paper said.

"The program should be more focused on practical issues and contain no discussions of the benefits of European values," Russia's ambassador to the European Union, Vladimir Chizhov, told the paper.

"We are thinking about technological exchanges, joint innovative projects with the EU... Not the relationship of a patron and the favored one," Chizhov said.

The European Commission outlined key areas of cooperation with Russia, which include efforts to ensure the rule of law, curb corruption and improve the investment climate, get NGOs engaged in the modernization process and finally bring Russia closer to European technological and economic standards.

The program is the EU's response to President Dmitry Medvedev's manifesto - Russia, Forward! - published in September, where he urged fundamental changes to cut the economy's dependence on natural resources and do away with Soviet-style attitudes to work among ordinary Russians, which threaten the country's role as a world power.

Medvedev, who portrays himself as a young and innovative leader, said the country must concentrate on creating products that are in demand on the world market, rather than just extract them.

Critics said the appeal was mere posturing, and pointed out that Medvedev has failed to live up to his promises to bolster the rule of law and curb corruption since coming to power in May 2008.

"The parties have agreed to focus on the specific content of the program to ensure it doesn't remain just a catchy slogan," Chizhov told the paper.

It is not clear when the document could be finalized and its implementation begin, but officials in Moscow suggested the target date could be a Russia-EU summit due in southern Russia in May, the paper said.