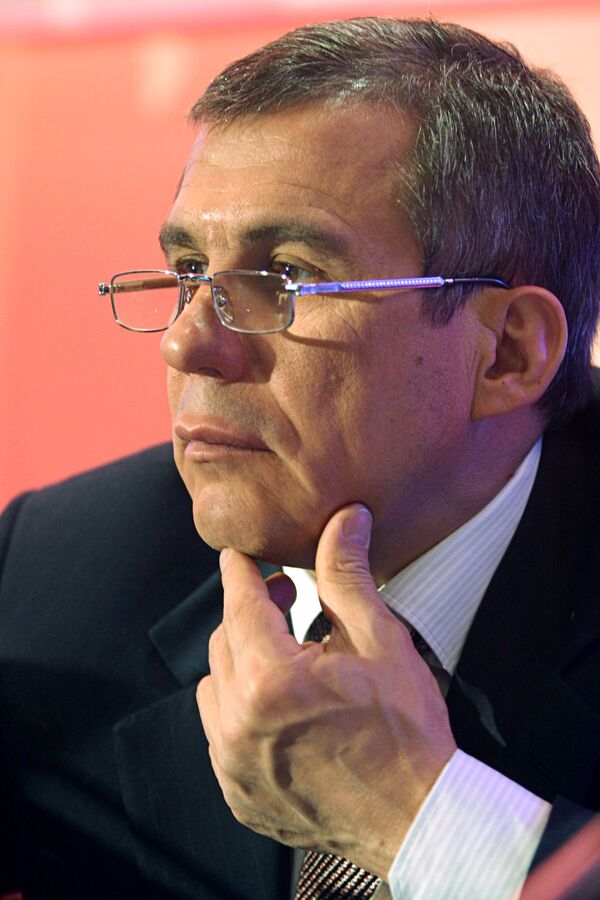 The current president of Tatarstan, Mintimer Shaimiyev, announced on Friday he had no plans to seek another term of office after his tenure ends on March 25.

Medvedev had earlier described Minnikhanov as having the necessary skills and characteristics for the position.

Shaimiyev, 73, has headed Tatarstan since 1991. In the early 1990s, the oil-rich republic's 3.8 million inhabitants looked set to split from Russia, with 62 per cent of voters, a figure slightly higher than the republic's Muslim to non-Muslim ratio, supporting independence in a referendum. Secession was eventually avoided after a broad form of autonomy was granted to the republic.