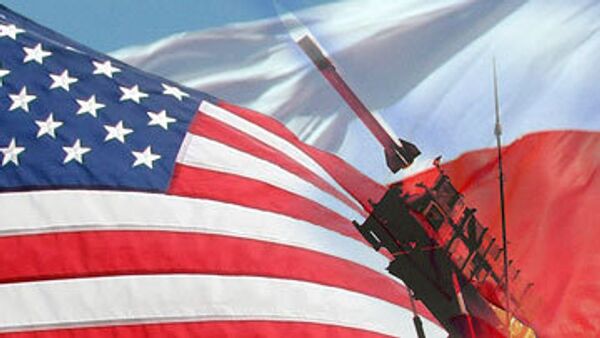 As the United States last week agreed to station Patriot missiles in Poland only 100 kilometers from Russian soil in order to bolster Polish air defense, the international community braced itself for a return to hostile U.S.-Russian relations. But apart from some initial tough talking, the arrangement has elicited an uncharacteristically indifferent reaction from Russia.

Whether Despite or Because of Russia’s Realpolitik, There Are Modest Signs of Cooperation in U.S.-Russian Relations

As the United States last week agreed to station Patriot missiles in Poland only 100 kilometers from Russian soil in order to bolster Polish air defense, the international community braced itself for a return to hostile U.S.-Russian relations. But apart from some initial tough talking, the arrangement has elicited an uncharacteristically indifferent reaction from Russia. Is this a triumph for warmer relations, or is the Kremlin still formulating its reaction? Elsewhere the “reset” still looks fragile - the overdue arms reduction treaty remains unsigned, and the promised U.S. transit route to Afghanistan over Russia is still not functional.

On January 20 Polish Defense Minister Bogdan Klich announced that U.S. Patriot surface-to-air missiles would be deployed in the outskirts of Morag, a town in Northern Poland approximately 100 kilometers from Russia’s Kaliningrad exclave. True to the form established during the tense George Bush-Vladimir Putin era, a high-ranking Russian naval officer issued the aggressive response that Russia would redress the military imbalance by strengthening its Baltic Fleet. The situation was immediately reminiscent of the fiasco surrounding the proposed U.S. missile defense system (MDS) in Poland and Czech Republic, when Russia said it would install Iskander ballistic missiles in Kaliningrad. Washington then tried to calm a nervous Poland by offering to deploy Patriots close to Warsaw to offset this second threat.

Last year, however, significant strides were made away from this military stand-off. Barack Obama shelved MDS plans, ushering in a period of “reset” relations, and Russia subsequently scrapped its plans to put Iskander missiles in its European exclave. Nonetheless Poland, felt that it emerged the loser from the “reset,” and continued to seek the missile installations. Many analysts see the deployment of the surface-to-air Patriots in Poland, scheduled for June, as a symbolic act to prove the United States is not shunning its East European ally. But this symbolic act is not without an aggressive subtext, say critics.

While initially the missiles were to be deployed near Warsaw in central Poland, they will now be deployed only 100 kilometers from Russian soil. Edward Lozansky, the president of the American University in Moscow, yesterday questioned the wisdom of such a provocative “symbolic” gesture, suggesting this somewhat tongue-in-cheek alternative: “The easiest and most obvious gesture to make would be faxing or e-mailing to all and sundry the text of Article 5 from the NATO Charter,” which equates an attack on one NATO member (i.e. Poland) with an attack on all. The proposal is even more senseless, he adds, given that Washington and Moscow are currently in the middle of negotiations on new START Treaty.

“A symbolic gesture is a good thing when you create goodwill, but why make a symbolic gesture that creates bad will?” asked Lozansky. The Russian press, for one, saw little positive potential for the decision in the “reset” relations. “When it comes to Patriots, Foreign Minister Sergey Lavrov is always a patriot,” ran yesterday’s Kommersant’s headline. But the Foreign Ministry’s response has been surprisingly muted. Speaking at a press conference on Friday to assess the foreign policy results of 2009, an unusually laid back Lavrov said: “incidentally, I haven’t heard all the information on it yet, but if what I’ve heard is correct, then it raises the simple question: why is it necessary to do something that creates the impression that Poland is strengthening itself against Russia? That, I don’t understand.”

Aleksandr Golts, a military analyst and the deputy editor of the Russian news weekly Yezhenedelny Zhurnal, said Russia’s reaction has been unprecedentedly calm. “The reaction has been modest. All Lavrov has said is that he doesn’t understand the sense of these actions and that it is counterproductive if Poland gives the impression that it is preparing to defend [itself] from  Russia. But that is all – I think it shows that Russia doesn’t want things to escalate from this issue,” said Golts.

Asked why Russia’s reaction has been so muted, Golts said it was due to improved relations and Russia’s desire not to upset today’s improved status quo. “I think it’s because of the reset and it’s because Russia thinks that it’s more important that America rejected the idea of installing missile defense elements in Poland - we don’t want to spoil the situation,” said Golts.

Both Golts and Lozansky stressed that the missile deployments would not affect the strategic balance in Europe, which is why Russia is not opposing it more vigorously. Nonetheless, Lozansky said the Patriot installation would harm the “reset” because of its political implications. “Once we’ve signed a new START, we need to sit down and agree in general: ‘are we partners?’, ‘are we allies?’. In this case, coming back to the Patriots, it certainly doesn’t look like we’re moving toward partnership and definitely not alliance. After all, why would you install missiles against a country, if you want to build a strong relationship with them?” said Lozansky.

Elsewhere the “reset” has brought few dividends. The flight path over Russia for the transit of U.S. military equipment and troops, agreed by Barack Obama and Dmitry Medvedev in July last year, is still not functional. Even though the United States is increasing troop numbers in Afghanistan by 30,000 and therefore needs all available routes, it has still only been used by one symbolic test flight. The New York Times in November reported that the delays were simply due to a bureaucratic bottleneck in Russia, but on January 13 Viktor Ozerov, the chairman of the Federation Council Defense and Security Committee, told Radio Liberty that it is simply not in Russia’s interests to help coalition forces in Afghanistan.

According to Ozerov, when troops leave, the Taliban will return to power in Afghanistan and will look to punish Russia for helping the U.S./NATO war effort. “When the Americans go, their continent is far away. But for us, Central Asia is right there. We still have to live with these people in peace,” Ozerov told Radio Liberty.

But Golts played this version down. “This is mostly speculation. Officially the Americans insist that everything is okay. If we understand that the general Russian approach to foreign policy is the ‘realpolitik’ of the nineteenth century, then the Afghanistan air transit is a very strong card which we can play in very different games. Therefore I think it would be foolish for Russia just to stop this transit at the very beginning,” said Golts.

Realpolitik aside, Lozansky said there was tangible evidence of better U.S.-Russian relations, as both sides have made concessions. For its part, Russia has signaled it is ready to do more in Afghanistan, such as training, and the United States has stopped lobbying against the North and South Stream gas pipelines, both of which have a positive impact on relations, Lozansky said. “So far, I would give the reset a C, maybe a C-plus. But we can do more – we need to expand cooperation from the areas of anti-terrorism and nuclear non-proliferation,” he said.