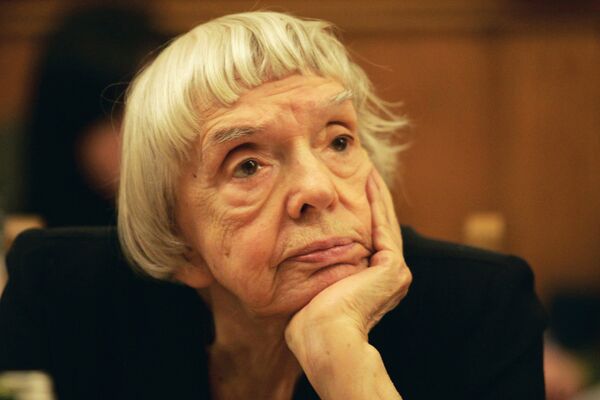 Moscow city authorities have denied Russian rights activists permission to hold events in memory of a lawyer and journalist gunned down last year in central Moscow.

However, permission was denied because of procedural errors. The Moscow government said the request had been filed prematurely.

Russian law requires documents for a march or protest be filed no more than 15 days and no less than 10 days before the event is scheduled. The New Year public holidays only ended on January 11, meaning the window fell entirely within the vacation period.

Stanislav Markelov, 34, who was representing a family whose daughter was murdered by a Russian officer in Chechnya, and Novaya Gazeta journalist Anastasia Baburova, 25, were shot on January 19 in downtown Moscow. Markelov died at the scene and Baburova lost her struggle for life shortly afterwards in hospital.

Last November, Nikolai Tikhonov, 29, and Yevgenia Khasis, 24, members of a radical neo-Nazi nationalist group, were charged with the murders.

Police said Baburova was probably an "accidental witness." Media reports said she attempted to stop the killer, but he shot her in the head before making his escape.

The authorities in Moscow have a record of clamping down on unauthorized rallies. In the latest such event, 82-year-old Alekseyeva, a 2009 winner of the Sakharov Prize for Freedom of Thought, saw in the New Year in police custody because of an unauthorized protest in the city.

She and some 50 other human rights activists were arrested on December 31 when they attempted to hold a "March of Dissent" in central Moscow several hours before New Year.

Last May, Moscow police detained about 40 people, who had allegedly taken part in an unsanctioned gay parade.

Over the past three years, the Moscow city authorities have rejected official applications by organizers seeking permission to hold gay parades, on the grounds that the event would interfere with the rights and everyday lives of ordinary Muscovites.

Moscow Mayor Yury Luzhkov has branded gay parades "Satanic" and has vowed that they will never be permitted in the capital, while the Russian Orthodox Church and various far-right groups have vowed to halt any attempt to hold a march in support of gay rights in Russia.