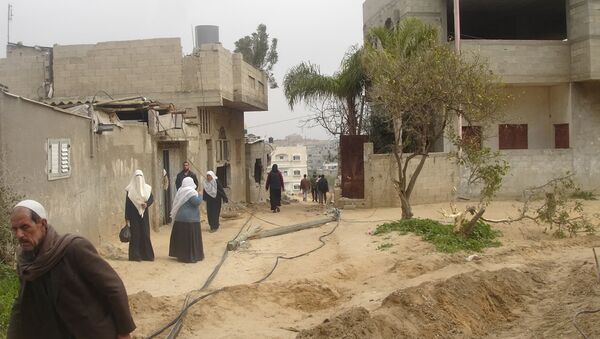 Egypt's plans to build an underground steel wall on the border with the Gaza Strip will "strangle" the impoverished enclave, a spokesman for Gaza's Interior Ministry said.

Egypt's plans to build an underground steel wall on the border with the Gaza Strip will "strangle" the impoverished enclave, a spokesman for Gaza's Interior Ministry said.

Egypt has recently started building an underground metal barrier to stop Palestinian smugglers from moving through tunnels between Gaza and Egypt. The smugglers became noticeably more active after Israel blockaded the Hamas-controlled Palestinian enclave with 1.5 million residents. The underground 10-km (6-mile) wall will run along Egypt's border with Gaza.

"Egypt's construction of the steel barrier will strangle Gaza, which has already been under a blockade for four years. We have contacted the Egyptian authorities at the highest level, explained to them what dangers the wall poses to our citizens, but with no positive results," Ihab al-Hussein said in an interview with RIA Novosti.

He added that underground tunnels provided the transportation of some 35% of the necessary goods for people in the blockaded enclave and their closure would only worsen the already complicated humanitarian situation in the region.

The BBC reported earlier that the wall, which was designed by U.S. military engineers, will reach about 18 meters into the ground in order to block as many as 1,000 tunnels that now allow goods and people to flow between Egypt and the Gaza Strip. Egyptian sources said the wall will go 20 to 30 meters under the ground.

The Gaza Strip has been the subject of an almost continuous Israeli blockade since the radical Islamic group Hamas took control of the enclave in the summer of 2007, ousting President Mahmoud Abbas's Fatah movement in a bloody five-day war.