Will Obama put U.S. boots on the ground in Yemen? 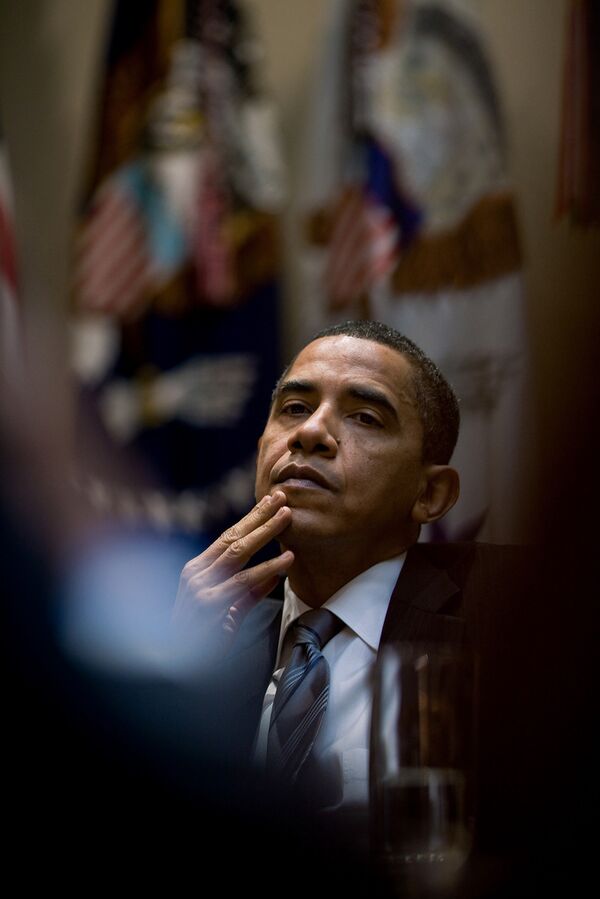 U.S. President Barack Obama said he has "no intention" of sending troops to Yemen to combat militant groups there, in an interview with the People magazine, dated January 11.

U.S. President Barack Obama said he has "no intention" of sending troops to Yemen to combat militant groups there, in an interview with the People magazine, dated January 11.

He also said America so far had no plans of invading Somalia either, although the two countries practice an alarmingly soft approach to al-Qaeda, and Yemen is growing into a problem in the global fight against terrorism.

Admittedly, instead of "military injections of democracy," the United States will increase allocations for the anti-terrorist support of Yemen's government (to $130 million a year) and will also provide other kinds of support such as training local police. This approach is certainly better than bombs and the resulting devastating consequences for the entire Horn of Africa region.

The most ardent Republicans have been urging Obama to do something about Yemen since the failed bomb attack on a U.S. airliner headed from Amsterdam to Detroit on Christmas Day.

Umar Farouk Abdulmutallab, the Nigerian student who brought the bomb on board, was allegedly acting on Al-Qaeda's orders and had been trained in Yemen.

Joe Lieberman Senator from Connecticut, who declared himself an independent democrat several years ago but supported republican John McCain in the 2008 election, even urged Obama to make a preventive strike against Yemen.

America must have learned a few lessons from the difficult campaigns in Iraq and Afghanistan; or maybe not - only time will tell. Speaking about Yemen as a growing terrorist threat, Obama said: "I have no intention of sending U.S. boots on the ground in these regions."

However, as is often the case with presidents, Obama made sure he did not cancel other options. Why should he drive himself into a corner? He also made his statement conditional on a very important factor, saying he was not going to send troops "while the local governments remain effective partners."

The proviso sounds bizarre. Anyone familiar with the current situation in Yemen, the poorest country on the Arabian Peninsula, would not believe that its government could be an "effective partner" for Obama. Yemen's President Ali Abdullah Saleh, first elected in 1999, then reelected for a second term until 2013, is in control of about 40% of the country, which has already amnestied several Al-Qaeda fighters, where corruption has reached an incredible scale and a guerilla warfare is flaring in the north.

As for Somalia, any "effective partnership" with that country's government is out of the question, since it is in control only of the capital city at best.

Therefore, Obama's statement would have been highly confusing if the international community didn't know the background of his current "fronts." The U.S. president certainly has too much on his plate at this point to open a new front in Yemen, not with ongoing operations in Iraq and Afghanistan and an additional "antinuclear" front in Iran.

Yemen's territory of 528,000 sq km is bigger than Iraq, although smaller than Afghanistan. Most American analysts agree that invading it could lead to disastrous consequences and could send international terrorism and Muslim anti-Americanism surging to unprecedented heights.

It is possible to abate the activity of Al-Qaeda cells in Yemen, although local residents say it is impossible to suppress them entirely. Al-Qaeda enjoys the support of powerful clans, while the local population sees an impending U.S. invasion as the ultimate evil, rather than the clan groups. Yemen residents believe Al-Qaeda to be a natural byproduct of America's aggressive anti-Islamic policies. Incidentally, al-Qaeda leader Osama bin Laden comes from a Yemeni family.

Most analysts agree that an invasion of Yemen would entail an inevitable attack on Somalia, because Al-Qaeda would quickly redeploy its main forces across the strait, to territories out of any government control.

Adding up all four fronts - if the United States ventured an attack on Yemen and Somalia - America would have to invade a territory equal to three-fourths of Western Europe; and it is hardly strong enough for that. Neither is it daring and decisive enough, considering the predictable surge of anti-American sentiment in the Islamic world after such a move.