Russia fleet may stay in Ukraine if Tymoshenko becomes president 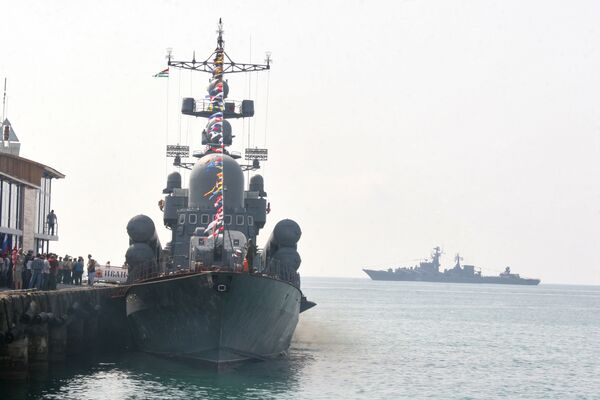 Russia's Black Sea Fleet uses a range of naval facilities in Ukraine's Crimea, including a base in Sevastopol, as part of a 1997 lease agreement valid until 2017.

"If Tymoshenko becomes the president of Ukraine than the Russian fleet will stay in Ukraine not until May 28, 2017 but for life," Yushchenko told a rally in the Lvov region of traditionally nationalist western Ukraine.

Party of Regions leader Viktor Yanukovych, most popular in the Russian-leaning east of Ukraine, is the frontrunner in the January 17 presidential elections, while Prime Minister Tymoshenko, an ally-turned-bitter-rival of Yushchenko, is expected to come second and force a runoff vote.

Yushchenko added that the presence of the Russian fleet in Ukraine will be "a destabilizing factor for the country."

Relations between Moscow and Kiev have deteriorated markedly during Yushchenko's presidency. Russian leaders have said they hope to establish constructive cooperation with the new Ukrainian president, ruling out any rapprochement with Yushchenko.