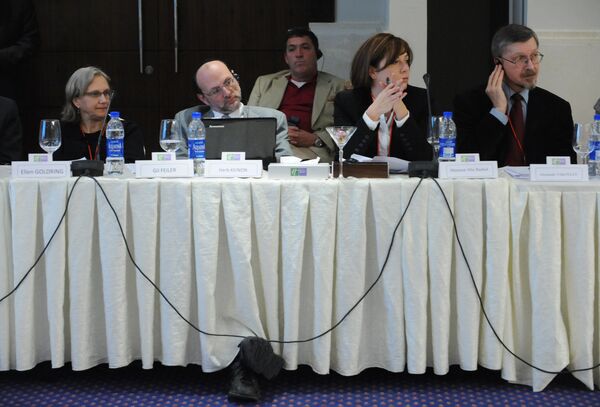 Experts were speaking at an international conference called "Middle East 2020: Is a Comprehensive Settlement Possible?" in Jordan. They addressed the Iranian nuclear problem and threats voiced by Iran and Israel.

Most experts said that should Israel implement its threats against Iran and strike the Islamic republic's nuclear facilities, it could lead to unpredictable consequences.

Alexei Vasilyev, director of the Russian Academy of Sciences' African Studies Institute, said Iran would not use nuclear weapons against Israel.

"Iran is led by wise people who want to live. Any strike by Iran on Israel would cause a retaliatory strike of such a power that it would destroy Iran. It's hard to imagine that Iran's leadership should take this step," he said.

However, according to Efraim Inbar, the director of Israel's Begin-Sadat Center for Strategic Studies, a policy of nuclear restraint is not applicable to Iran as, he said, Iran's leaders threaten to wipe Israel off the map.

Mikhail Lysenko, the director of Russia's Rosatom state nuclear corporation's international cooperation department, said the Iran-Israel situation is dangerous and should be settled as soon as possible.

"It's important to gain political will and start direct dialogue or talks through intermediaries," he said.

The conference where the experts spoke at kicked off on Sunday. It was organized by the Russian News & Information Agency RIA Novosti and the Russian Council for Foreign and Defense Policy within the framework of the Valdai International Discussion Club.