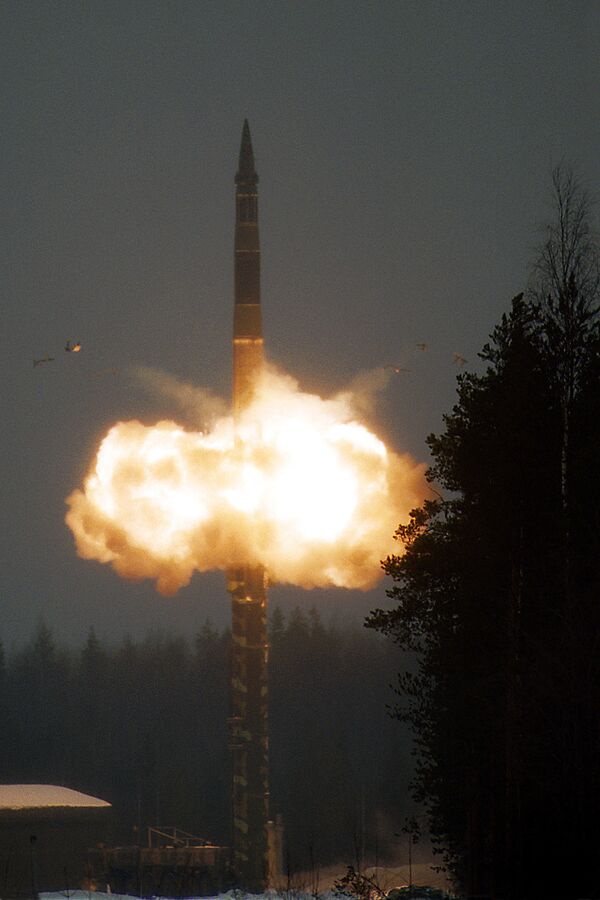 The creation of the Strategic Missile Force was preceded by the lengthy work of developing Soviet long-range ballistic missiles that began right after World War II.

The R-1 (SS-1 Scunner) with a range of 270 km, developed by leading Soviet rocket engineer and designer Sergei Korolyov (1906-1966) on the basis of the German V-2 rocket became the first such missile. The R-1 was first launched in the autumn of 1948 and entered service in 1950.

Experience gained during R-1 missile tests and operations made it possible to launch production and to train military units to operate and maintain them.

At that time, the Soviet Union also moved to develop an intercontinental ballistic missile because the Kremlin realized that strategic bombers could not launch an effective counterstrike against the United States.

Although the new ICBM R-7A was in service from 1960 until 1963, it remained the main Soviet/Russian launch vehicle for a long time.

The R-7 and its various related versions launched a considerable number of Soviet/Russian space satellites and all manned spacecraft starting with the trailblazing April 12, 1961 flight of Yury Gagarin (1934-1968), the first man in space, into orbit. It is still used to launch Russian manned space missions.

Since the late 1950s, the Strategic Missile Force formed the mainstay of Soviet strategic nuclear forces, accounting for the bulk of the 10,000-plus nuclear warheads wielded by Moscow by early 1991.

The Strategic Missile Force was the hardest hit by strategic offensive arms cuts.

Considering feasible missile-production volumes, by 2020 the Strategic Missile Force will have about 200 ICBMs manufactured in 1997-2020 with a total of 500 to 700 warheads.

Measures to extend the service life of the "youngest" Soviet-era missiles will make it possible to deploy 300 to 350 missiles with a total of 800-1,000 warheads.

Consequently, Russia's strategic nuclear forces will have 500 to 550 delivery vehicles and 1,500-1,600 warheads under a new strategic arms reduction treaty (START), now being prepared for signing.

The extended service life of Soviet-era missiles will enable Russia to hold out until its industry is able to manufacture the required number of delivery vehicles for replacing missiles in accordance with preset deadlines.

Russia insists on removing restrictions on land-mobile ICBM deployment and transportation areas as stipulated in the START-I Treaty, and on linking START cuts with limitations on the development of missile-defense systems because such measures would help preserve the Strategic Missile Force's potential even during a hypothetical first strike.

Any of these measures would seriously impair missile defenses in case of a hypothetical nuclear conflict.

They will also give Russia a freedom of maneuver at the strategic arms reduction talks, allowing to trade-off one position for the sake of another in the process of a diplomatic bargaining.

At the same time, such bargaining is facilitated by a reliable nuclear-missile arsenal developed by the three previous generations of Soviets and Russians. This arsenal which had guaranteed Soviet security during a global Cold War continues to shield Russia when the break-up of old-time deterrence and cooperation systems is fraught with new conflicts aiming to redivide the world.