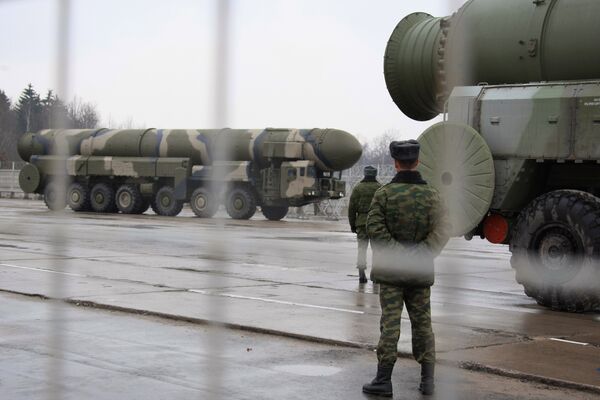 The new document to replace the START 1 treaty, which expired on December 5, could significantly reduce the number of nuclear weapons on both sides.

The outline of the new pact was agreed on during a U.S.-Russia summit in Moscow in July and includes cutting nuclear arsenals to 1,500-1,675 operational warheads and delivery vehicles to 500-1,000. A new treaty is expected to be drafted by the end of 2009.

The commander also said the U.S. had conducted 15 on-site inspections of SMF facilities this year.

He said the SMF would carry out 13 ICBM test launches next year.

The commander said the SMF were currently armed with six types of fourth- and fifth-generation missile systems, four of them silo-based and two road-mobile.

Silo-based missiles make up 45% of the SMF's total and 85% of its nuclear capability.

The general earlier said the development of the SMF prioritized the introduction of advanced missile systems although the existing systems would be kept operational until their extended service life expired.