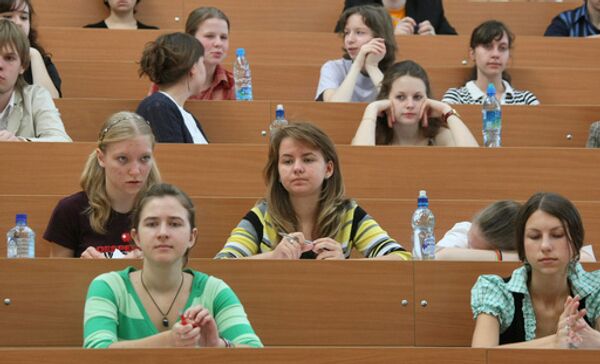 An exhibition of posters dispelling myths about the unhealthy lifestyles of young Americans has opened in Veliky Novgorod, northwest Russia, a spokesman for the local city hall said on Monday.

“The exhibition features some 30 posters made by students of the Nazareth college from the U.S. town of Rochester, Veliky Novgorod’s twin city,” the spokesman said.

“Many Russians and not only Russians believe that young people in the U.S. drink too much, however polls conducted at the Nazareth college show that most students do not drink at all or drink a little at parties,” the spokesman added.

He said that the college representatives had deliberately refrained from mentioning the dangers of smoking, alcohol and drugs, but had instead stressed the healthy lifestyles of most students in order to promote healthy behavior.