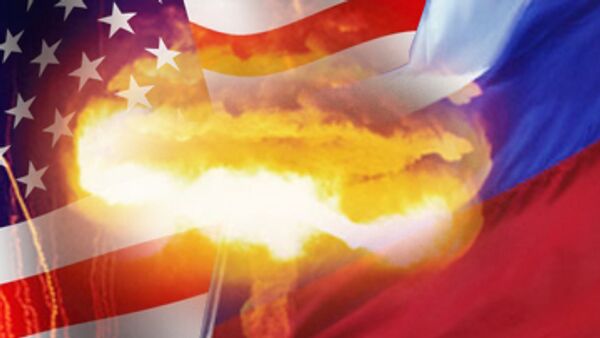 Russia and the United States will most likely sign a new strategic arms reduction treaty by the end of this year.

Russia and the United States will most likely sign a new strategic arms reduction treaty by the end of this year, a Russian political analyst has said.

Moscow and Washington are still negotiating a replacement for the Strategic Arms Reduction Treaty (START I), the basis for Russian-U.S. strategic nuclear disarmament, which expires on December 5.

"The [new] agreement will not be signed on Saturday, but there is a possibility that it could be signed as early as mid-December," Alexei Arbatov, director of the Center for International Security Studies at the Moscow State Institute of International Relations, said during a video conference between Moscow and Washington on Wednesday.

Russian and U.S. experts have held several rounds of talks on the new document since July, and have repeatedly expressed hope that the replacement for START I could be ready by December 5 deadline.

However, the U.S. Department of State said on Tuesday that the draft of the new treaty would most likely be ready by the end of December.

He said an international conference will be held in May to discuss a new non-proliferation treaty and "all nuclear states are expecting the Russia-U.S. deal, which they have been promised."

"If the [new START] treaty is not signed by then, the conference will be a failure... and we might as well forget about a new non-proliferation regime, with all foreseeable consequences," Arbatov concluded.