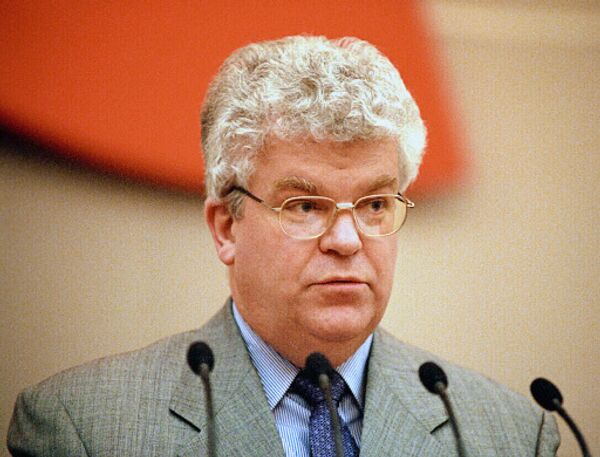 Vladimir Chizhov spoke at the 57th plenary session of the European Security and Defense Assembly in Paris on Tuesday, presenting the key points of the draft to assembly participants.

"The document has been handed to heads of state and government of OSCE member countries. It has also been presented to the Swedish Presidency of the EU in Stockholm," Chizhov said.

He said Russia's partners have already reacted to the country's proposals.

"The reaction was [that they were] rather interested. Today's discussion confirmed it. They refrained from comments on specific proposals yet as they need time to study them," he said.

"In exercising its right of self-defense under Article 51 of the Charter of the United Nations, it shall be entitled to render the attacked Party, subject to its consent, the necessary assistance, including military," it says.