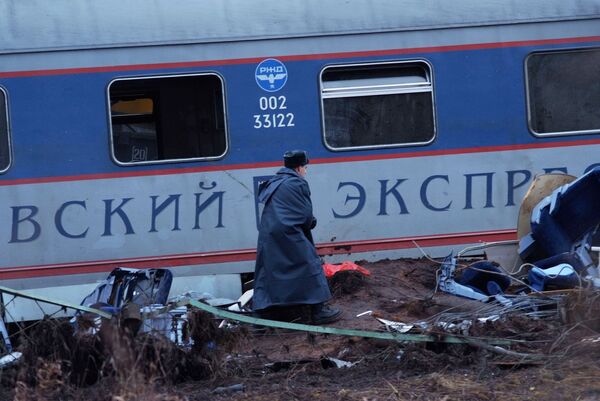 Train traffic has fully resumed on the route between Moscow and Saint Petersburg where a high-speed train carrying hundreds of passengers was derailed on Friday by a bomb attack that killed at least 26 people.

"Train traffic was fully resumed at 07:00 a.m. [04:00 GMT]," the press office of the Tver region administration said, adding that earlier only one track was used for train traffic after the crash.

The attack occurred late on Friday near the border between the Novgorod and Tver regions, some 400 kilometers (250 miles) northwest of Moscow when three carriages of the Nevsky Express train derailed, leaving at least 26 people dead and 96 injured.

A total of 18 people are still listed as missing. The derailment was caused by an explosive device equivalent to 7 kg of TNT.