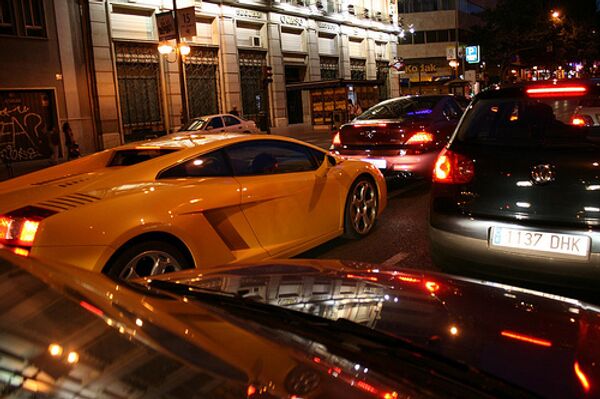 © Flickr / Roberto_Garcia
Subscribe
The son of a Russian businessman has been expelled from his university in Geneva after being involved in a high-speed drunken race in which a pensioner was severely injured.

The son of a Russian businessman has been expelled from his university in Geneva after being involved in a high-speed drunken race in which a pensioner was severely injured.

Ziya Babayev, 22, is the son of Russian businessman Mehraj Babayev, who is reportedly the head of the Verso-M construction company. He was in his fourth year of study at the prestigious Law Faculty of the Centre International de l'Universite de Moscou.

University head Tamerlan Gasanov told RIA Novosti that all students were obliged to sign a document pledging to behave well.

"I had a conversation with the judge, with people who are directly concerned with the case... It is obvious for us that he broke the rules," Gasanov said.

Babayev's sister is also studying at the university. She was described as "a good girl" by Gasanov.

Investigators have not disclosed the names of the three other suspects in the high-speed race, but media reports said two of the young racers were sons of the tycoon Telman Ismailov, who opened an ultra luxury hotel on Turkey's Mediterranean coast this summer.

According to the Tribune de Geneve paper, the "brothers I." left the country on Sunday on a private plane, and flew to Istanbul "to meet with their father, a wealthy Russian oligarch."