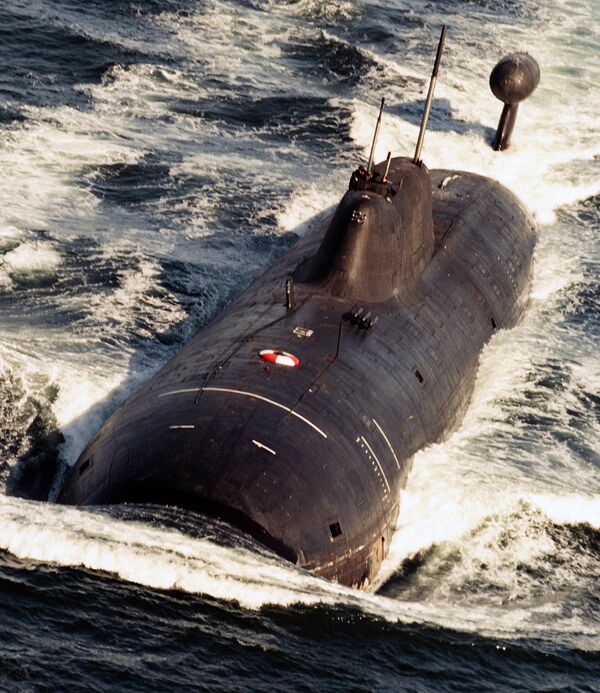 On the night of November 20, something unusual happened on board the Alrosa, a B-871 submarine that served in Russia's Black Sea Fleet.

On the night of November 20, something unusual happened on board the Alrosa, a B-871 submarine that served in Russia's Black Sea Fleet.

According to the available information, the submarine's propulsion system malfunctioned during a training exercise, causing it to break down.

The exact circumstances of the breakdown and its consequences are still unknown; however, the incident with the B-871 submarine once again draws attention to the critical situation developing in the modernisation of the Russian navy's Black Sea Fleet, in particular regarding its submarine forces.

At present, the Black Sea Fleet nominally has two submarines - the B-871 Alrosa from Project 877B, which was commissioned in 1990, and the B-380 Svyatoi Knyaz Georgy, built in 1982 and currently undergoing long-term repairs. In reality, taking into account that the B-871 is now out of commission (for how long is another matter entirely), the Black Sea Fleet does not have any operating submarines.

The situation can justifiably be called critical. There are three Project 677 diesel subs currently under construction for the Russian navy. The prototype Project-677 submarine, Sankt Peterburg, was launched in 2005. The submarines of this project were intended to replace the Project 877 submarines, which are Warsaw Pact relics manufactured in Soviet times.

But there were problems with the commissioning of the new submarine. The submarine was supposed to be launched back in 2007, but the navy has not approved it yet. A number of experts hold that this is evidence of serious problems with both the submarine and the project as a whole.

The critical nature of the situation has allegedly led the Russian navy to look into augmenting the fleet by buying Project 212 German submarines. It is hard to say how realistic this scenario is, but even talk of possibly buying foreign submarines clearly shows that there is a crisis in submarine building in Russia, which had always been a leader in the field.

A similar situation is developing with the surface fleet. Extremely long construction times are compounded with the small number of units being built. There are currently three Project-20380 corvettes being built, as well as one Project-22350 frigate and a number of ships of other classes. Construction times for the ships reach, and often exceed, 10 years. If construction of new ships continues at this rate, Russia may be left entirely without a surface fleet by the early to mid-2020s.

There is currently much talk about the possibility of buying a Mistral-class, amphibious assault ship from France and building several more of this type of ship at Russian shipyards. Certainly, new amphibious assault ships would be very useful for the fleet and would expand its capabilities considerably. Aircraft carriers would be even more useful, and there has also been much talk about building them.

Nevertheless, it should be understood that neither the amphibious assault ships, the aircraft carriers, nor the nuclear missile cruisers, that are planned to be reintegrated into the fleet with new weaponry and equipment, will be able to perform in combat without support. This support needs to come from both warships of other classes and the large number of auxiliary vessels and costal services, without which the fleet is merely a paper tiger.

The situation with implementing state defence orders is objectively better than it was 10 years ago. The army is getting new tanks, infantry combat vehicles and armoured personnel carriers. New helicopters are being manufactured and old aircraft are being upgraded. Contracts have been signed for the delivery of new aircraft and many other items. But the navy remains the most underfunded branch of the Russian armed forces. It is experiencing an acute lack of funds both for building new ships and other necessary hardware and for supporting its very existence.

That being said, even a sudden infusion of the necessary funding will not enable the situation to change for the better in the short term. Updating the navy will require sustained and considered efforts by various industries over several decades. Only then can we hope for tangible results. And finally, implementing such measures will require a distinct manifestation of an unwavering political will.