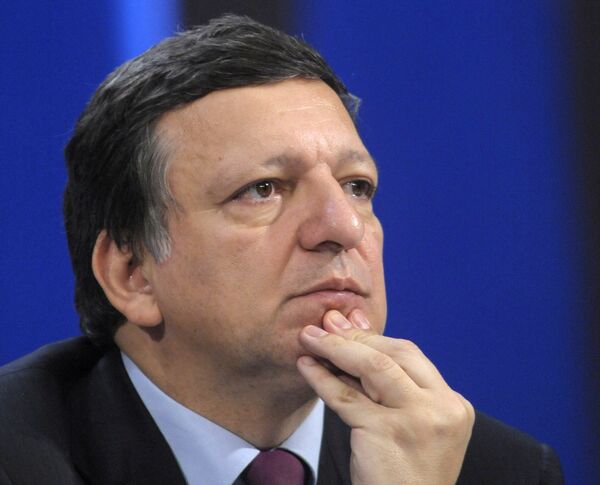 We clearly show our support for Russia's accession to the WTO, Barroso said at a press conference following a Russia-EU summit.

Barroso said that Russia's entry into the global trade club would have a positive effect for both Moscow and the European Union.

Russia, the only major economy outside the WTO, has been seeking membership for 16 years.

"We confirmed that accession to the WTO is our goal," he said, adding that Russia, Kazakhstan and Belarus would join the organization separately, but on a synchronized basis as part of a Customs Union.

The three post-Soviet countries agreed in early June to form a customs bloc. Its Customs Code will be presented for approval to the heads of the three states on November 27, and the Union itself will be launched on January 1, 2010.

Meanwhile, Russian President Dmitry Medvedev said after the Russia-EU summit that a decision on Russia's WTO accession as part of the Customs Union with Belarus and Kazakhstan or separately would depend on which way is shorter.