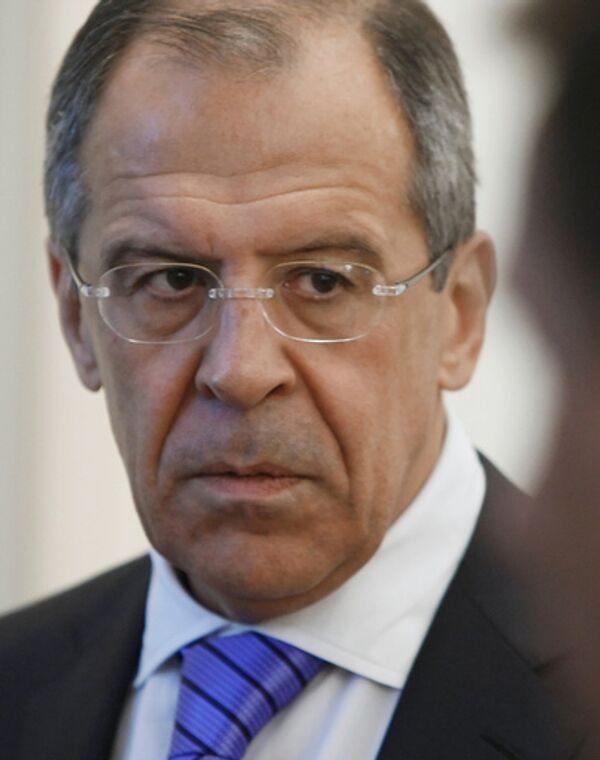 Russia's foreign minister said on Tuesday there was no connection between the ongoing international dispute over Iran's nuclear program and a delay in launching the country's first nuclear power plant.

Russia's foreign minister said on Tuesday there was no connection between the ongoing international dispute over Iran's nuclear program and a delay in launching the country's first nuclear power plant.

Russia announced on Monday that the Bushehr plant in southern Iran would not be launched this year as planned. Technical reasons were cited as the cause of the latest in a series of delays in the $1 billion project.

"There is no link between what is going on at talks on Iran's nuclear program and the construction of the Bushehr NPP," Sergei Lavrov said. "This is not politics - technological issues are being addressed."

Russia has been under Western pressure over its nuclear and military cooperation with Iran, which is suspected of seeking to develop nuclear weapons. Tehran last week called on Moscow not to bow to the pressure and fulfill a contract for the delivery of advanced S-300 missile defense systems.

Lavrov said Moscow is committed to a diplomatic solution to the dispute, adding that not all options have been exhausted yet.

President Dmitry Medvedev said after meeting with his U.S. counterpart, Barack Obama, in Singapore on Sunday that Russia was not satisfied with the pace of negotiations with Iran, and other options could be tried if progress was not forthcoming.

Tehran has been under pressure to agree to store its low-enriched uranium for power plants in neutral Turkey to ease international concerns about its nuclear ambitions. The Islamic Republic, already under limited UN sanctions, insists it needs nuclear technology to generate electricity.

Announcing the latest Bushehr delay on Monday, Russian Energy Minister Sergei Shmatko said: "We expect major results by the end of the year, but the launch will not take place." But he said "Russia is committed to its obligations to Iran."

The delays, blamed by Moscow on financial or technical issues, have been criticized by some Iranian officials as political.

Russia completed nuclear fuel deliveries for Bushehr in January 2009, a process usually carried out six months before the launch of a nuclear power plant.