APEC, an islet of free trade in the midst of stormy sea 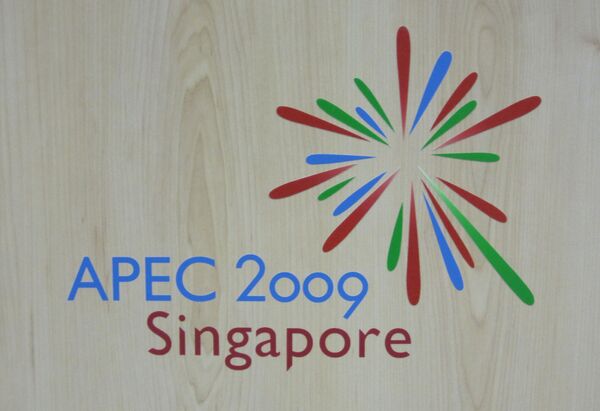 During the global economic crisis, the world's 20 most industrialized countries, known as the G20, have embarked on anti-crisis measures which are bound to result in protectionism.

MOSCOW. (RIA Novosti economic commentator Oleg Mityaev) - During the global economic crisis, the world's 20 most industrialized countries, known as the G20, have embarked on anti-crisis measures which are bound to result in protectionism.

Against this background, appeals to revive the principles of free trade at the Asia-Pacific Economic Cooperation (APEC) forum, which took place in Singapore, sounded a discordant note. However, this reasoning stems from the region's small countries, whereas the world's biggest trade partners, the United States and China, aware of the need to protect their markets, conducted pointless debates on currency regulation.

Free trade zone in the Pacific

These small APEC countries are consistently demonstrating their adherence to the principles of free trade. During the last 20 years, they have managed to reduce customs duties in the region from 17% to 5% on average. It is no accident that on the weekend of November 14-15, the APEC summit discussed a "paradigm of new growth." This phrase is implicit in the efforts to reduce the dependence of Asian and Pacific countries on exports to rich countries and the prospects for potential economic integration in the region, including a long-term plan for the formation of a free trade zone in Asia and the Pacific.

In addition, these small countries have probably remained the only supporters of the Doha round of WTO talks, which provide for the signing of a comprehensive agreement on free trade all over the world.

The summit's final communique denounced all forms of protectionism. This was a strong statement considering that the United States has just increased import duties on Chinese steel, and China on all chemical imports.

Representing Russia at the summit in Singapore, President Dmitry Medvedev said that Moscow will take only temporary protective measures in the economy and will curtail them later on.

In Singapore, China and the United States, the world's biggest partners in regional and global trade, launched heated debates over the currency exchange rates. Each of them is trying to improve their respective trade with a favorable exchange rate, thereby haphazardly damaging its partner.

The United States has long accused China of artificially lowering the yuan's exchange rate, which secures for Beijing a huge, positive trade balance with America.

But this time China itself lashed out against the dollar. Chinese representatives believe that during the crisis the United States artificially reduced the value of its currency with low interest rates on dollar assets, thus posing a threat to the global economy.

The Chinese maintain that this policy is already producing speculative investment in the growing market, which is fraught with the swelling and eventual burst of the bubble.

In reality, China is much more concerned about its own huge investment in American public bonds. Its reserves, the world's biggest, are being depleted gradually by the declining dollar and the interest rates on these bonds.

Incidentally, China's own monetary policy is a subject for heavy criticism. Big loans issued by Chinese banks this year may also produce bubbles and fan inflation.

It is no surprise that the summit's statement on currency policy was at the heart of the biggest controversy. Somehow on November 12, APEC finance ministers managed to emphasize in the final communique the following intention: "We will undertake monetary policies consistent with price stability in the context of market-oriented exchange rates that reflect underlying economic fundamentals."

However, Chinese President Hu Jintao managed to have it deleted from the leaders' final statement. U.S. President Barack Obama agreed with him.