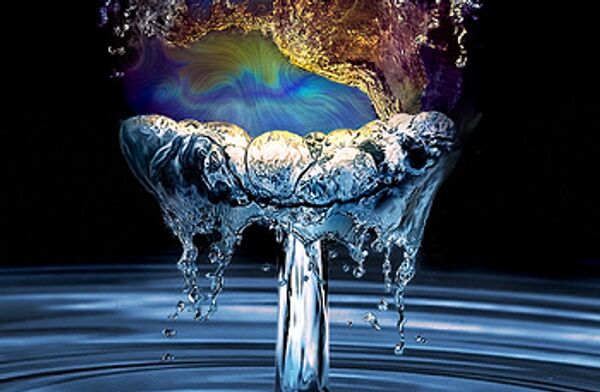 MOSCOW. (RIA Novosti political commentator Andrei Fedyashin) - The UN conference on climate change, to be held in Copenhagen on December 7-18, is unlikely to seal anything more than routine pledges to address the problem of global warming.

MOSCOW. (RIA Novosti political commentator Andrei Fedyashin) - The UN conference on climate change, to be held in Copenhagen on December 7-18, is unlikely to seal anything more than routine pledges to address the problem of global warming.

The United States broadly hinted on November 5 that it is not ready for the conference. China has made public its dissatisfaction with the current principles of sharing responsibility for greenhouse gas emissions. African countries boycotted this week's UN climate talks in Barcelona to demonstrate their protest against the Western attitude to the problem.

The conference in Copenhagen was expected to discuss instruments, medicines, their doses and diets for cleansing the Earth of the baneful results of human activity. The process is to start in 2020 and the Copenhagen conference was to become the most important, mandatory stage toward its beginning. It is like a decision-making point, when you must either start doing something or prepare for big problems.

Todd Stern, President Barack Obama's top climate negotiator and envoy to next month's international climate summit in Copenhagen, said the United States was unlikely to complete the legal procedure for determining emission cuts in time for the Copenhagen conference.

He said a climate deal was not possible sooner than in 2010, which could give some countries more time to consider the challenging issue.

"What we need to have happen is for China and India and Brazil and South Africa and others to be willing to take what they're doing, boost it up some, and then be willing to put it in to an international agreement," Stern said.

The 15th climate change conference in Copenhagen planned to agree a new global climate treaty to replace the Kyoto Protocol, which expires in 2012.

Although it was signed in 1997, the protocol has not been overly effective. For example, the United States signed the protocol but refused to honor it. China and India have not promised to cut the emission of CO2, methane or other greenhouse gases.

The Kyoto Protocol cannot be described as an effective global mechanism controlling greenhouse emissions, even though European countries are honoring it. Russia signed the protocol and ratified it in 2005, but has not enforced it.

The agreement to be reached in Copenhagen should determine the ceiling of the global warming and ways to ensure compliance with it. The 124 countries that signed the Kyoto Protocol and adhered to its provisions have agreed that the ceiling should not exceed 2 degrees by 2050.

Americans claim that they have made unprecedented commitments under the climate bill that has not been adopted yet. They pledged to cut greenhouse gas emission by 20% by 2020, and the European Union has made a similar commitment. The trouble is that the U.S. set the 2005 level as the reference mark, while Europe's mark is 1990, which means that the U.S. will cut its emissions only by 7% compared to Europe.

One more headache of the Copenhagen conference will be compensations to developing countries. The EU, the U.S. and Japan are prepared to allocate up to $100 billion annually to them to develop new energy saving technology, build environmentally friendly power plants, cut their dependence on coal and fuel oil, and the like.

However, independent analysts have calculated that Asia, Africa and Latin America need as much as $400 billion for stable development.

Most scientists say that since CO2, CH4, fluorhydrocarbons and perfluorhydrocarbons, N2O, SF6, methane and other emissions tend to accumulate in the atmosphere, we are reaping a harvest of "dirt" that was sown 10-15 years ago. If the world's nations postpone signing a binding agreement in Copenhagen, we will only continue to accumulate such "dirt."