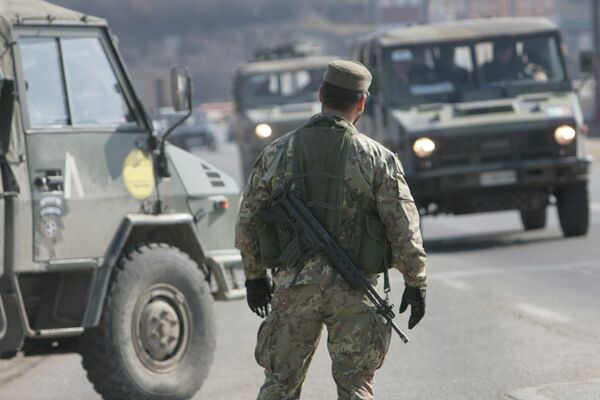 The attack came a day after government warplanes struck Taliban hideouts in the country as Pakistan's president has vowed to push on with an army offensive until all the militants are wiped out.

Two vehicles carrying rations through Khyber, the main route for delivering supplies to the U.S. and NATO forces in neighboring Afghanistan, were destroyed, the Press Trust of India said citing officials. The bomb was detonated by remote control.

The blast occurred about 15 kilometers (9 miles) west of Peshawar, the capital of North West Frontier Province, where a car bombing of a market earlier this week killed 134 people, according to latest reports.

fled Afghanistan after the U.S.-led invasion toppled the Taliban regime there in 2001, as well as for Al-Qaeda fighters.

The army launched an offensive in Khyber in September after a suicide bomber blew himself up near a border post, killing 22 police officers.

Pakistan started a separate offensive against Taliban in South Waziristan three weeks ago after a series of deadly suicide attacks.