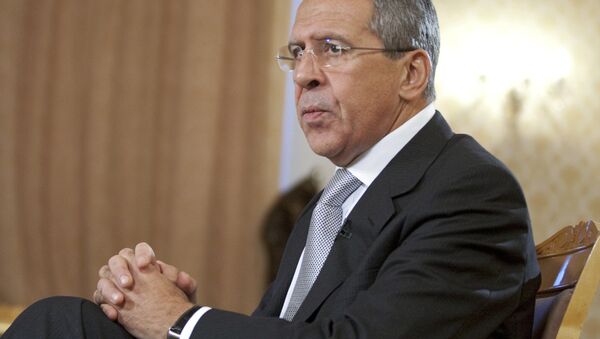 © RIA Novosti . Iliya Pitalev
/
Go to the photo bank
Subscribe
The foreign ministers of Russia and Lithuania, Sergei Lavrov and Vygaudas Usackas, will discuss cooperation in Moscow on Thursday.

"During the meeting the ministers intend to discuss bilateral and multilateral cooperation... regional cooperation in the Council of the Baltic Sea States [CBSS], as well as Lithuania's forthcoming presidency of the Organization for Cooperation and Security in Europe in 2011," the ministry said.

Usackas is arriving in Moscow on a two-day visit on Thursday. His agenda also includes attending a charity concert.

The two ministers last met in early June in Denmark during a ministerial session of the CBSS, founded in 1992 to handle a variety of issues concerning the Baltic Sea region, including economics, civil society, human rights and the environment. The CBSS decisions are taken at foreign ministers' sessions, held every two years.