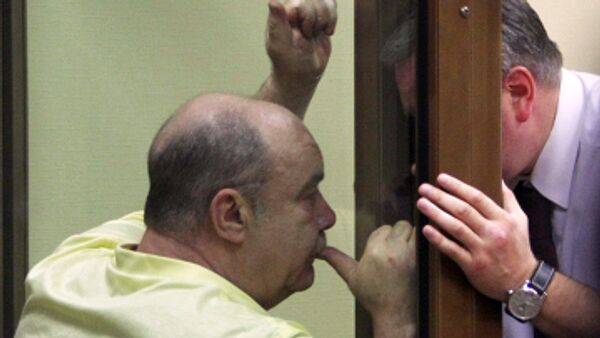 Mogilevich, who holds several citizenships including Russian, was arrested in central Moscow in early 2008 but released this year.

"Semion Mogilevich, a Ukrainian businessman, is charged in 40 economic crimes carried out in dozens of countries around the world, including bilking investors in a Philadelphia company out of $150 million. He is the newest addition to our Ten Most Wanted Fugitives list, and we are offering up to $100,000 for information leading directly to his arrest," the FBI said in a statement on its website.

Mogilevich has been on the wanted list of a number of countries for more than 15 years for alleged involvement in organized crime and corruption. Believed to control the largest Russian mafia syndicate, he is suspected of involvement in arms dealing, drug and sex trafficking, and money laundering.

He served two jail terms in the Soviet Union in the 1970s for illegal currency dealings and fraud.

The FBI said Moglievich "has his primary residence in Moscow, Russia. He is known to utilize a Russian passport, but may also possess Israeli, Ukrainian, and Greek passport."

He was arrested in January 2008 along with his business partner Vladimir Nekrasov, the head of cosmetics retailer Arbat Prestige.

Russian prosecutors said Mogilevich, going by the name of Sergei Shnaider at the time of his arrest, was behind a tax evasion scheme used by the store chain.

They were both released from custody in July this year and were subjected to a travel ban. The Russian Interior Ministry said the charges against Mogilevich and Nekrasov were "not of a particularly grave nature so investigators had no particular reason to keep them imprisoned."

Arbat Prestige was established in 1989 and opened its first retail outlet in 1998. The chain, which at one time had around 100 outlets throughout Russia and 20 in Ukraine, is now almost defunct, and is undergoing bankruptcy procedures.