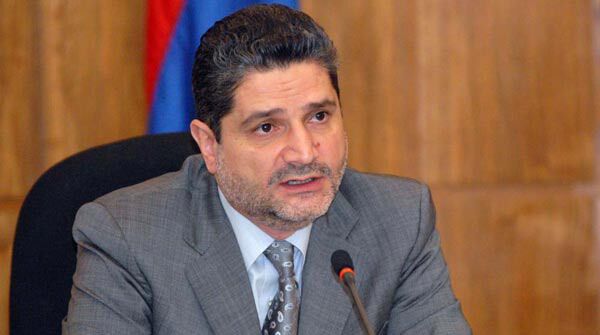 Armenia would like to see Turkey join the European Union, Armenian Prime Minister Tigran Sarkisyan said in an interview with national TV stations on Friday.

"European experts note that Turkey has fulfilled 30% of its EU obligations. We are interested in Turkey fulfilling the remaining 70%, as, in this case, we would have an EU neighbor," he said.

He added that Armenian President Serzh Sargsyan had begun the process of normalizing relations with Turkey following talks "with our strategic partner Russia, the EU, the U.S. and some European countries."

"It should be noted that the interests of global powers overlap on this issue and that everyone is interested in improving Armenian-Turkish ties," he said.

Armenia and Turkey signed historic accords on Saturday on restoring diplomatic relations and opening borders. The documents have yet to be ratified by the parliaments amid continued fierce opposition from nationalist parties in both countries.

Turkey closed its border with Armenia in 1993 in a show of support for Azerbaijan, a predominantly Muslim, Turkic-speaking ally of Ankara, following a bloody conflict over Nagorny Karabakh between the two republics.

Ankara also demanded that Yerevan drop its campaign to have the mass killings of Armenians by Ottoman Turks in 1915 internationally recognized as genocide.

Armenia and Turkey agreed to a "roadmap" to normalize their relations under Swiss mediation this April.