Estonia urges NATO to hold land-based drills in the Baltic 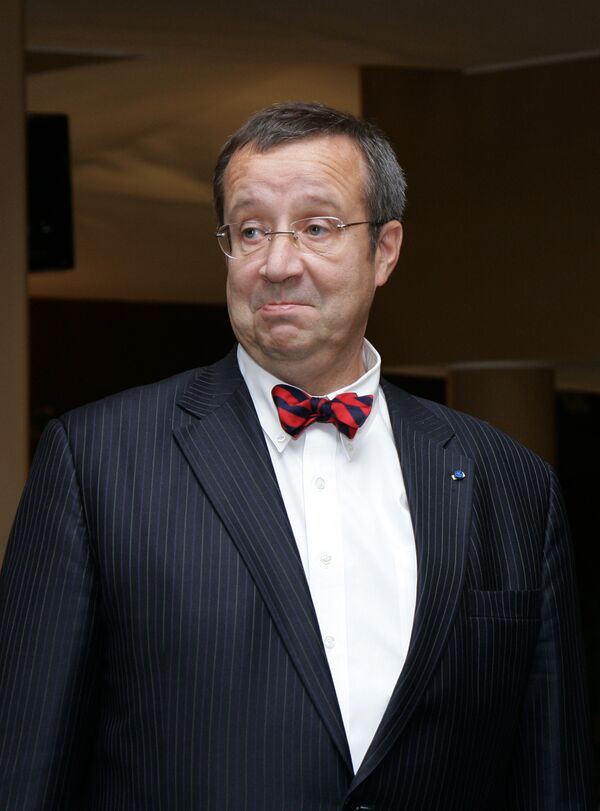 NATO should hold large-scale exercises of its Ground Forces in the Baltic region in response to recent military drills carried out by Russia and Belarus near the alliance's borders, the Estonian president said Monday.

TALLINN, October 12 (RIA Novosti) - NATO should hold large-scale exercises of its Ground Forces in the Baltic region in response to recent military drills carried out by Russia and Belarus near the alliance's borders, the Estonian president said Monday.

"The protection of the airspace over the Baltic region is a visible and necessary measure, but it would be good, while Russia holds land-based drills involving over 20,000 personnel near NATO borders, to conduct similar exercises of the alliance's Ground Forces in this [Baltic] region," Toomas Hendrik Ilves said.

According to the Estonian president, NATO has so far showed its credible presence in the region only through the Air Policing mission, which is not enough.

The Baltic air-policing mission is a NATO air defense Quick Reaction Alert (QRA) operation in order to guard the airspace over the three Baltic states of Estonia, Latvia and Lithuania.

Since March 2004, when the Baltic states joined NATO, alliance nations have policed the airspace over the region on three-month rotation from Lithuania's First Air Base near the northern city of Siauliai. Starting with the Turkish deployment, rotations changed to a four month basis.

Usual deployments consist of four fighter aircraft with between 50 and 100 support personnel.

Ilves said on Monday that NATO must not be overly optimistic in terms of the 'reset' of relations with Russia in the light of the recent military conflict between Moscow and Tbilisi, 'gas wars' between Russia and Ukraine, and the recent Russian-Belarusian large-scale military exercises.

NATO Secretary General Anders Fogh Rasmussen said on October 8 during his visit to Estonia that the Zapad 2009 in Belarus did not pose any threat to NATO members.