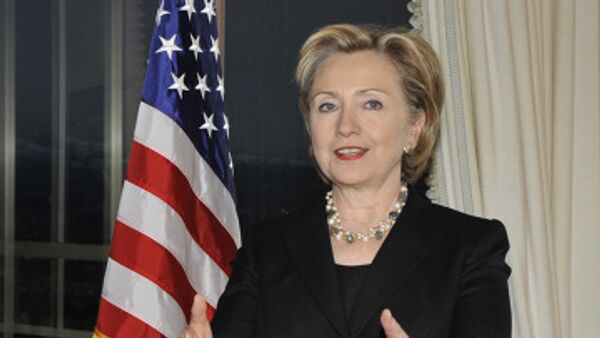 U.S. Secretary of State Hillary Clinton arrives in Moscow on Monday for a three-day official visit to discuss bilateral as well as international key-issues.

Lavrov and Clinton are expected to discuss a new treaty on strategic offensive armaments, to replace the 1991 Strategic Arms Reduction Treaty (START-1), which expires on December 5.

President Medvedev and his U.S. counterpart Barack Obama agreed in July in Moscow on the outline of a deal to replace the START-1 treaty, including cutting their countries' nuclear arsenals to 1,500-1,675 operational warheads and delivery vehicles to 500-1,000.

Andrei Nesterenko, a spokesman for the Russian Foreign Ministry, said earlier that Lavrov and Clinton, as coordinators of the Russian-American presidential commission, also intend to discuss "aspects of its structure and effectiveness" and to "outline the schedule for bilateral contacts."

The talks on the Clinton's visit agenda will also touch on Afghanistan, Iran's nuclear program, and the Middle East peace process.