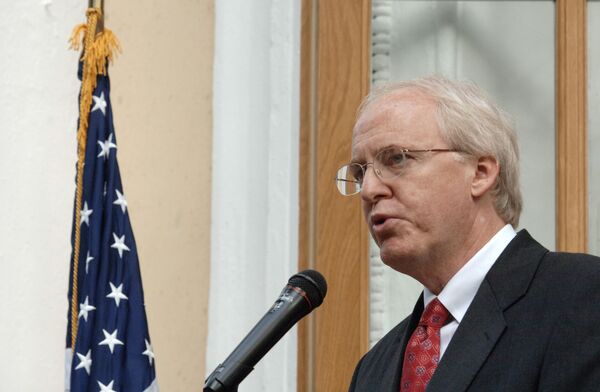 © RIA Novosti . RIA Novosti
/
Go to the mediabank
Subscribe
International
India
Africa
Washington and Moscow will be able to draft a new strategic arms reduction treaty by the end of the year,the U.S. ambassador to Russia said

MOSCOW, October 9 (RIA Novosti) - Washington and Moscow will be able to draft a new strategic arms reduction treaty by the end of the year, the U.S. ambassador to Russia said on Thursday.

Russian President Dmitry Medvedev and his U.S. counterpart Barack Obama agreed in July in Moscow on the outline of a deal to replace the 1991 Strategic Arms Reduction Treaty (START-1), which expires on December 5, including cutting their countries' nuclear arsenals to 1,500-1,675 operational warheads and delivery vehicles to 500-1,000.