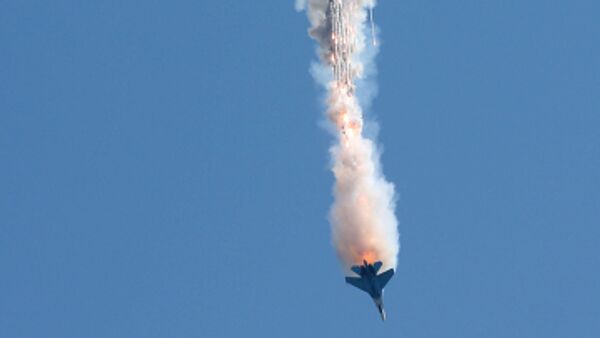 The aircraft crashed about 2 kilometers from observation platforms at the Libyan Aviation Conference & Exhibition, which runs October 4-8.

It was earlier reported that only one pilot had died.