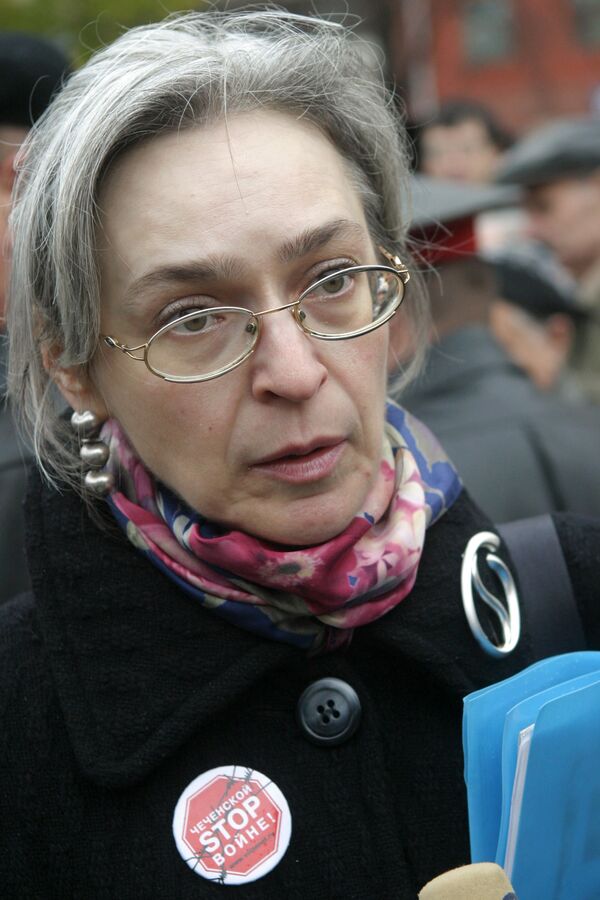 New suspects have surfaced in the murder case of Anna Politkovskaya, the chief editor of the newspaper where the investigative journalist worked said on Tuesday.

MOSCOW, October 6 (RIA Novosti) - New suspects have surfaced in the murder case of Anna Politkovskaya, the chief editor of the newspaper where the investigative journalist worked said on Tuesday.

"New figures have appeared in the police's field of vision," Sergei Sokolov said, adding that the names of those people have never been mentioned in the media in connection with the murder.

In February, a Moscow military court acquitted Dzhabrail and Ibragim Makhmudov, brothers from Chechnya, and former police officer Sergei Khadzhikurbanov of involvement in the journalist's murder. However, in June Russia's Supreme Court overturned the acquittal and ordered a retrial.

Sokolov said that the person accused of pulling the trigger, Rustam Makhmudov, who remains at large, is currently in a foreign country, but refused to name it so as not to harm the investigation. He said only that it was a member of the European Union.

"As far as the suspected killer is concerned, he is currently abroad and moves from one country to another. There have been several moments when opportunities to arrest him were missed," he said.

Politkovskaya's son Ilya said investigators have several versions of who was behind the journalist's murder, but refused to disclose them. He said that law-enforcement structures could be involved in the case.

His sister Vera Politkovskaya said the family is losing hope that any of the people responsible for her mother's murder would be brought to justice.

Novaya Gazeta reporter Politkovskaya, who gained international recognition for her reporting of atrocities against civilians in the troubled North Caucasus republic of Chechnya, was gunned down in an elevator in her Moscow apartment building in October 2006.