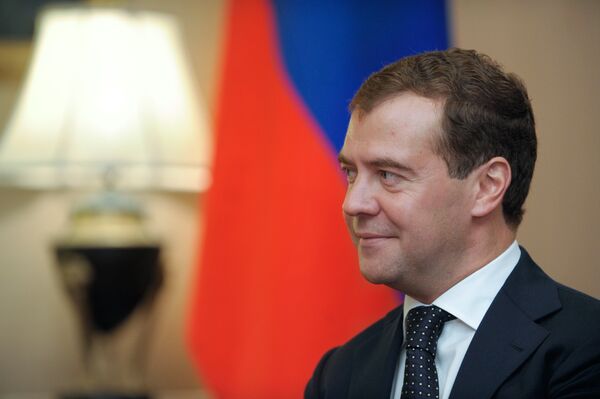 "By 2015, 318 billion rubles will be channeled for this purpose," Medvedev said at the opening of an international nanotechnology forum in Moscow.

He said Russia was facing the "immodest" task of becoming a global nanotechnology leader, using and adapting foreign experience for the domestic market and attracting investors. He added that sales of Russian nanotechnology products could reach 900 billion rubles ($30 billion) by 2015.

"We want to lead the process, and we have the intellectual potential, the organizational skills and the finance," the president said.

"I hope we will be able to make nanotechnology, the nano industry, one of the most powerful sectors of the Russian economy," Medvedev said.

In 2007, Russia established the state-run Nanotechnology Corporation, which takes a longer-term view in selecting promising Russian and international projects for investment.

However, Medvedev said, the lack of personnel could hamper Russia's nanotechnology drive.

"According to experts, our country will need a serious number of 100,000-150,000 [nanotechnology] personnel. The lack of workers remains a very serious obstacle to developing nanotechnology in earnest in Russia," he acknowledged.

The president also said Russia could involve its compatriots abroad in nanotechnology projects.