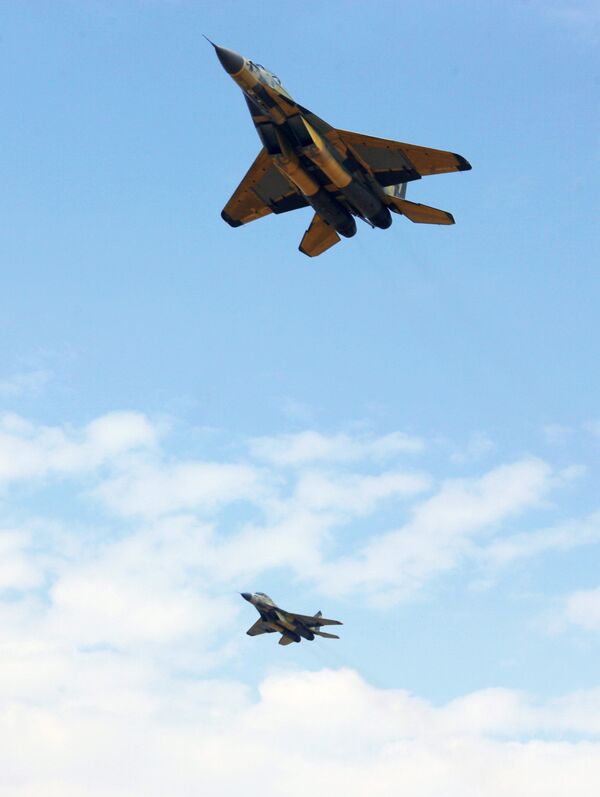 Customs officers at Krasnodar international airport in southern Russia have prevented an attempt to smuggle components for a MiG-29 Fulcrum fighter aircraft to Syria, a customs press secretary said on Wednesday.

Tatyana Kuznetsova said customs officers acted on a tip-off about a possible attempt to smuggle arms and components to Syria.

She did not specify what components had been seized or when.

Several suspects were detained, who are facing prison terms of up to seven years.