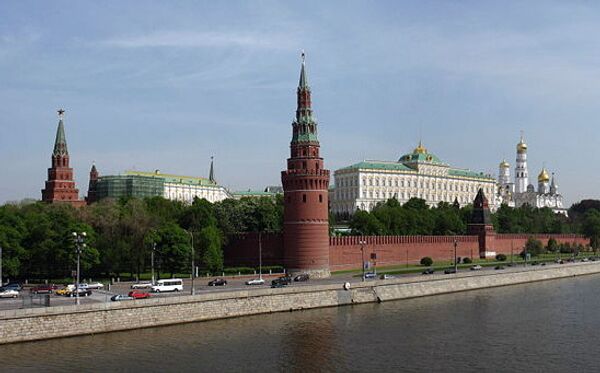 © www.wikipedia.org
Subscribe
Tourist arrivals in Moscow for the first half of the year decreased by 18.6% year-on-year to 1.579 million people, a tourism committee representative said on Thursday.

MOSCOW, September 17 (RIA Novosti) - Tourist arrivals in Moscow for the first half of the year decreased by 18.6% year-on-year to 1.579 million people, a tourism committee representative said on Thursday.

"According to the Russian border service of the Federal Security Service, tourist arrivals through Moscow airports decreased by 18.6% year-on-year and is about 1.579 million people," Grigory Antyufeyev said.

He added that around 4 million tourists visited Moscow last year, and said he expected the situation to get better soon.

"We expect an improvement by the fourth quarter of this year and the first one of 2010. How much it will improve I can not say, but there will be an increase. We are planning to host up to 5 million foreign tourists in 2010," the committee head said.

Antyufeyev said that due to the much larger falls in other economic activities, the drop in tourist numbers is not that noticeable.

"The average drop in the Russian economy in some cases reached 70%," he said.

He also said that despite the recession Moscow continues to participate in international tourist exhibitions, including in London, Milan, Madrid, Berlin, Chicago and other cities.