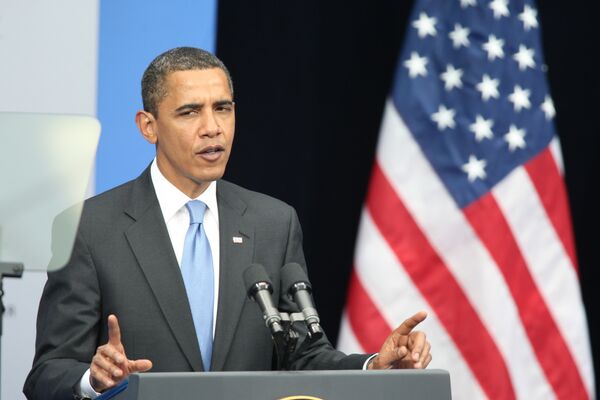 The U.S. president has told the Czech premier that Washington is abandoning the Bush administration's plans for an anti-missile radar in the country.

Czech officials confirmed the telephone conversation between Barack Obama and Jan Fischer late last night, the reports said. Prague is expected to issue a statement on the matter after receiving a formal document from Washington later on Thursday.

The George Bush administration sought to deploy a radar station in the Czech Republic as part of an anti-missile system, along with an interceptor missile base in Poland, as protection from potential strikes from Iran. Russia has opposed to the plans viewing them as a threat to the strategic balance of forces in Europe.

Also on Thursday, The Wall Street Journal reported citing sources familiar with the issue that Washington will shelve the nuclear missile defense plans for Europe.

The paper said the United States will base its decision on an assessment that Iran's long-range missile program has not progressed as rapidly as previously estimated, reducing the threat to the U.S. and Europe's major cities.