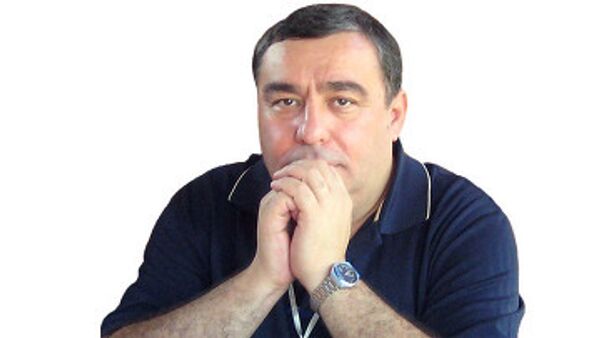 Besik Pipia is being investigated on suspicion of falsely altering his driving license in a case his lawyers say is totally without merit.

He is facing up to three years in prison if convicted.

RIA Novosti said it regards the case as totally unwarranted and groundless.

"The decision by Georgian law enforcement agencies with respect to Besik Pipia is unjustified and illegal," Chief Editor Svetlana Mironyuk said, adding that it must be dropped.

Pipia has not been taken into custody but is under a travel ban.

He earlier said he hoped the case was not politically motivated.

"I hope that the investigation... is simply a misunderstanding, not an echo of the worsening Russian-Georgian relations," he said in a letter to Georgia's justice minister, adding that he continued to work "to ensure that the last bridges linking our two countries are not burned."

Georgian lawyer Gia Meparishvili said Pipia had done no wrong and that an incorrect entry in his driving license had been made by an Interior Ministry official in Georgia in 1991.