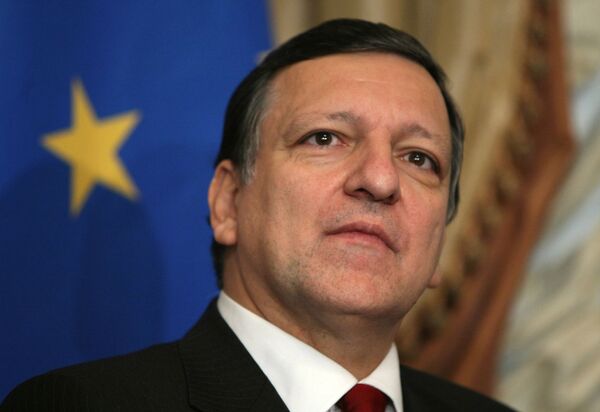 In a secret vote, 382 of the 736 MEPs voted in favor of Barroso and 219 against, with the rest abstaining or not taking part in the vote.

Barroso's candidacy had been endorsed by every EU government and his second term was a foregone conclusion.

Soon after his reappointment, Barroso said he was ready to work with all political groups in the European Parliament, adding that for the next five years, "Europe will be my party."

Ahead of the vote, the former Portuguese prime minister pledged to preserve Europe's social democratic values, protect jobs, reform the financial sector and its "unethical bonuses" and consult the European Parliament more on EU issues.

Barroso also vowed to fight "ugly nationalism" that he said called into question "our achievements in European integration," and to appoint commissioners for immigration, climate change, justice and human rights.

Barroso will now form the next European Commission - a team of 26 executives who will face confirmation hearings in the fall. The next EU executive body will take office on January 1.