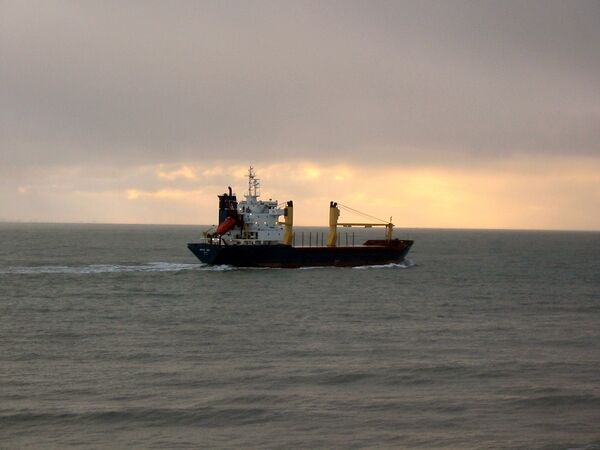 © Sovfreight
Subscribe
A team of Russian investigators probing a recent incident involving the Arctic Sea cargo ship will leave the vessel by Friday.

MOSCOW, September 16 (RIA Novosti) - A team of Russian investigators probing a recent incident involving the Arctic Sea cargo ship will leave the vessel by Friday, the Investigative Committee at the Prosecutor General's Office said on Wednesday.

The Maltese-flagged and Russian-crewed vessel, officially carrying lumber from Russia to Algeria, was reportedly boarded by a group of eight men on July 24. Officials later said it had disappeared in the Atlantic. It was freed off Cape Verde on August 16 by a Russian warship. It is currently docked in Spain's Gran Canaria.

"The government of Malta and the ship's owner, Arctic Sea LTD Malta, have been notified that the transfer of the Arctic Sea will take place from September 17 through September 18 in the port of Las Palmas de Gran Canaria in Spain's Canary Islands with the participation of Spanish officials," the statement reads.

The investigators did not disclose either whom the ship would be handed over to or the result of their probe.

However, a crew member close to the investigation told RIA Novosti in a phone conversation on Wednesday that it had been established that the pine timber on board the Arctic Sea was not mentioned in the vessel's documents, which declared mahogany instead.

The Arctic Sea has over 6,000 metric tons of timber on board, he said.

"As a result of the investigation, including a search of the vessel and a probe into its documents, it was established that the cargo vessel was carrying pine timber instead of the more valuable mahogany," the sailor said.

Russian and international media has speculated that the ship could have been involved in a state-sponsored arms trafficking operation, including suggestions that Russia attempted to deliver missiles for S-300 air defense systems to Iran or Syria.