No change to method of appointing regional governors - Medvedev 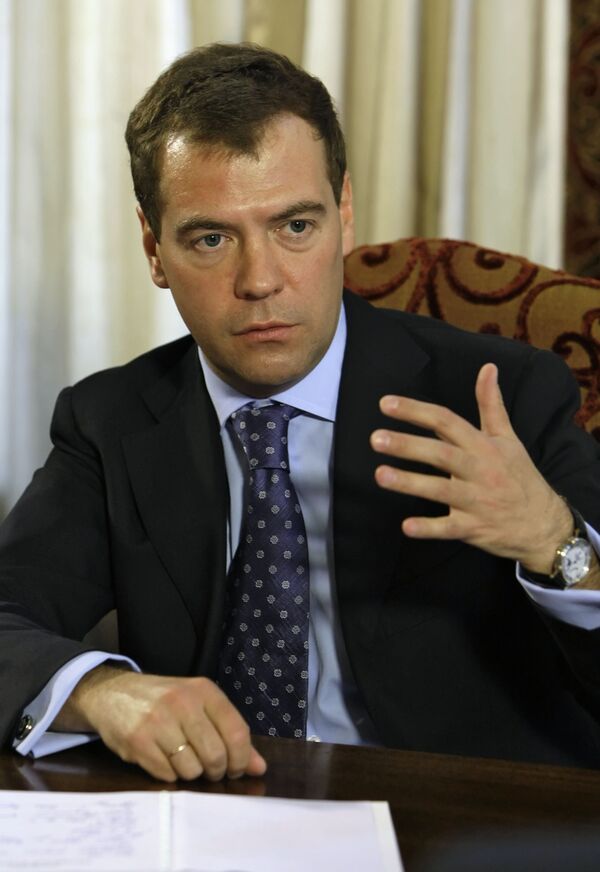 Russian President Dmitry Medvedev said on Tuesday that there would be no change to the current system of appointing regional governors.

MOSCOW, September 15 (RIA Novosti) - Russian President Dmitry Medvedev said on Tuesday that there would be no change to the current system of appointing regional governors.

Since 2004, the heads of Russia's regions have been nominated by the president and approved by the regional legislature. Prior to this, elections were held to determine regional governors.

"I was personally involved in the decision to change the method of granting power [to regional leaders]. I consider it correct. I see no reason for us to reject this...neither now, nor in 100 years," Medvedev said, speaking with the participants of the Valdai discussion club.

The 2004 decision by then-president Vladimir Putin to abolish direct elections for regional leaders fueled Western criticism that Russia was backsliding from democracy. Putin said the move was needed to ensure stability in the country.

Medvedev also said that despite his "democratic beliefs," he believed the old system failed to "meet in full Russia's traditions and the current level of the development of federalism."