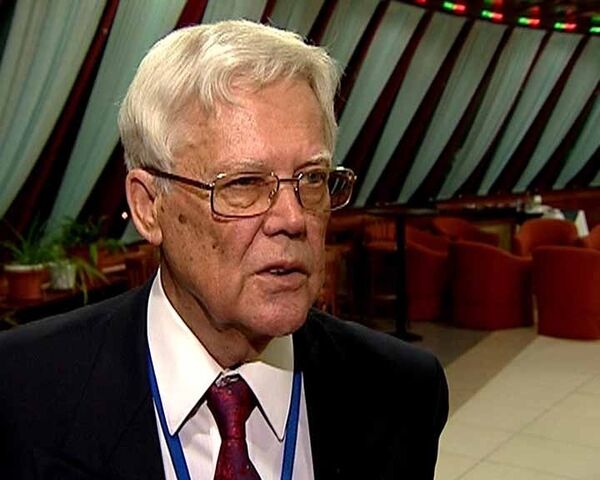 Subscribe
International
India
Africa
Leading Russian military expert Vitaly Shlykov spoke during one of the sessions of the Valdai Discussion Club last week about the sweeping reform of the country’s armed forces, which begins in December and will cut the number of tanks from 20,000 to 2,000 and reduce the number or reservists to just 100,000. The reform, which Shlykov described as nothing short of a revolution, will significantly affect the Kremlin’s approach to the composition of and future cuts to the country’s military arsenal.

Leading Russian military expert Vitaly Shlykov spoke during one of the sessions of the Valdai Discussion Club last week about the sweeping reform of the country’s armed forces, which begins in December and will cut the number of tanks from 20,000 to 2,000 and reduce the number or reservists to just 100,000. The reform, which Shlykov described as nothing short of a revolution, will significantly affect the Kremlin’s approach to the composition of and future cuts to the country’s military arsenal.

Shlykov, who heads the Security Policy Commission of the Defense Ministry’s Public Council, is a former deputy minister of defense and a retired colonel of the GRU military intelligence service. He is also one of the authors of the reform plan. On the margins of the conference, RIA Novosti’s Andrei Zolotov Jr. spoke to Shlykov about the upcoming drastic changes in the military.

Q. What are the components and the significance of the military reform that is underway in Russia?

A.  It’s very broad, with dozens of ways in which what is going on can be understood. But the gist of it, the

reason why the chief of the General Staff has said that it is the biggest reform in the last 200 years, is that Russia is giving up the mass army preparing for a large-scale war. That old system was introduced by War Minister Dmitry Milyutin in 1874. The purpose was to have a rather small regular army for peace time and a huge pool of reservists, five or six times the size of the regular army. And that was followed for almost 150 years. That explains the existence of so many divisions, so many tanks which were a part of so-called “empty divisions.” The majority of Russian divisions consisted of a couple of hundred officers of different ranks, a small company of soldiers, and lots of equipment stored at the base. And in the case of war, conscripts would be called up and the division would be considered to be combat ready.

Q.  And what comes instead?

A.  Instead comes a much smaller army if we consider the reserves as a part of it. The reserves are gone. The General Staff thinks that it is sufficient to have about 100,000 reservists and 1,000,000 strength of a regular army.

Q. So, basically, there is no more mobilization?

A. No mobilization, no large-scale war, no threats from NATO. Why was the threat of the NATO so popular with the military? Because it allowed them to keep up the old system, this mobilization system, and consider themselves useful, though the regular officers of those divisions have been doing nothing for the last 15 years -- no military training, no re-education. We had 20,000 tanks, now 2,000 tanks will be left. The rest will be turned into scrap.

Q. And what kind of effect is it going to have on Russian nuclear arsenal?

A. Well, the military ought to be not necessarily prepared for a large-scale war, but certainly ought not exclude it completely from its planning. And for the time being nukes are the replacement - and mostly tactical nukes, because strategic nukes are a political weapon. The tactical nukes are actually the replacement for those reserves, dozens and dozens of reserve divisions in case of something happening. It is not considered a real threat at the present time. But when they speak about Chinese spread or NATO spread, you cannot just dismiss it as something impossible. Still, in the planning and they ask: “Are you ready to respond to a large-scale Chinese attack?” Of course, those small brigades of 3,000-4,000 men would not be serious force compared to the Chinese. So what about the nukes?

That’s the old tactic of NATO against the Soviet Union, when it had an overwhelming conventional power in Europe. NATO was relying on nukes. That’s not a new project, just takes over the old NATO approach to…

A. Well, yes, there is nothing new under the moon…

Q. And what about the sergeants?

A. Lots of experts – and I was pretty vocal about this – were saying that an army cannot exist without professional sergeants - sergeants who stay with soldiers beyond the time of their compulsory service. But the Russian sergeants were conscripts, they were serving among the people the same age. And with this hazing, with the two years of service, the soldiers of the second year of service, the so-called “old soldiers,” consider themselves superior to regular sergeants. So, an army was existing without sergeants, and officers were taking over for them. That is intolerable! But it was tolerated for more than 20 years.

Now, from December 1, we are starting to educate regular sergeants, prepare them at special schools, with the length of studies from two and a half years to three years. They will be well paid even when studying. They are promised to get at least 35,000 rubles -- that is more than $1,000 per month - after graduating from those schools. And they are eager to serve!

Well, it is a step forward. It is not a solution, because we do not have a real hierarchy of sergeants as most armies have. But still, it’s a start, it’s a step in the right direction.

Q. But there has been a lot of talk about a need for military reform and announced reforms over the past 15 to 20 years, most of which do not seem to have come through. What makes you believe that this one can go through?

A. Because it is not really a reform. Not many people remember that President Vladimir Putin said in 2003 that the reforms were finished. There will be no reforms, there will be modernization, he said, because the word “reforms” had been used by different defense ministers in uniform coming from different services. Under the cover of the term “reform” they were settling their accounts with competing services. The paratroopers would start reducing the infantry, when paratrooper Pavel Grachev was the minister. When the minister was Marshal Igor Sergeyev from the Strategic Missile Forces, he wanted to unite under him all nuclear forces with naval submarines, strategic bombers, and everything, taking all the money for the strategic service, and so on. That made everybody unhappy and brought clashes. Actually the service chiefs were destroying each other using the term “reform.”

That is why “reform” is not the term, it is not applicable actually to what is being done. It is a revolution actually, which Defense Minister Anatoly Serdyukov has launched. He said it is a “new look” army. Well, December 1 will be the point of no return: Russia, unnoticed by most observers, will have a new army. Only 100 percent strength in all the brigades, divisions, army corps. Reserve regiments are gone. It is certainly a revolution! And it is difficult to accept with the military mind, that is why lots of officers are unhappy about what is going on. But it should have been done, in my opinion, five, 10 - maybe even better - 15 years ago. What’s being done is overdue. But it’s painful.