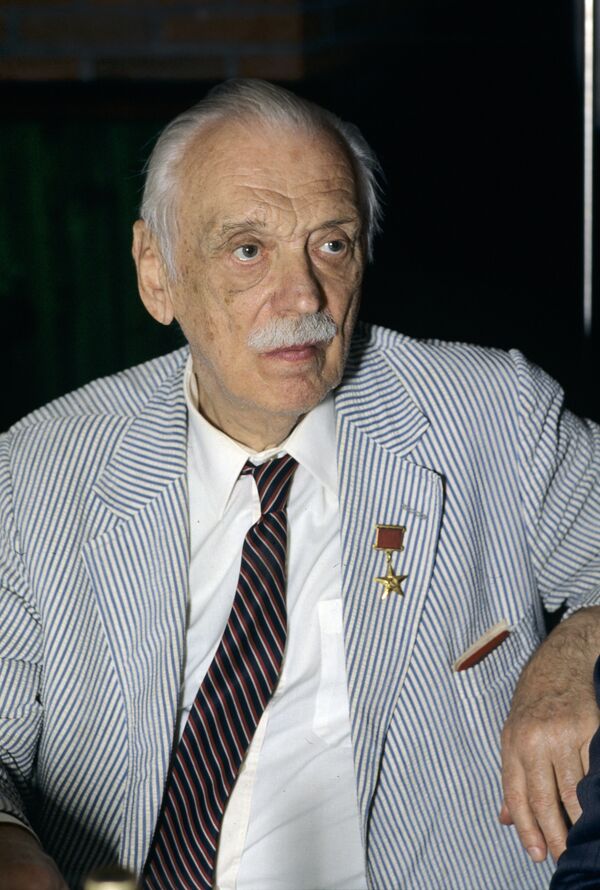 © RIA Novosti . Vladimir Perventsev
/
Go to the photo bank
Subscribe
Legendary Soviet-era children's writer and poet Sergei Mikhalkov, who died Thursday at the age of 96, was buried with full military honors at the Novodevichye Cemetery in Moscow on Saturday.

MOSCOW, August 29 (RIA Novosti) - Legendary Soviet-era children's writer and poet Sergei Mikhalkov, who died Thursday at the age of 96, was buried with full military honors at the Novodevichye Cemetery in Moscow on Saturday.

Prior to his burial, near the graves of ballerina Galina Ulyanova and singer Lyudmila Zykina, a funeral mass was held at the Christ the Savior Cathedral in central Moscow.

Patriarch Kirill of Moscow and All Russia remembered Mikhalkov, who penned the lyrics to the Soviet and modern Russian national anthems, as a man who "cared about other people."

"As a children's writer and poet he has entered into the history of Russian literature and that of our nation," Kirill said, adding that "only a truly good person can be a good children's writer."