War in South Ossetia, One Year on - Interview with Professor Nicolai N. Petro 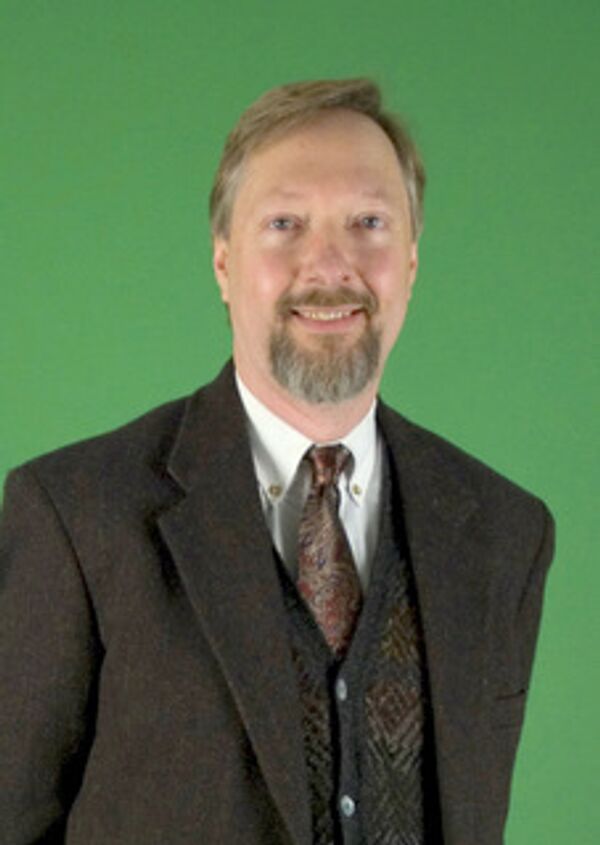 A year on from last August’s war between Russia and Georgia over South Ossetia, RIA Novosti spoke to author and Russia expert Professor Nicolai N. Petro on the causes and consequences of the conflict.

What in your opinion sparked the conflict in the Caucasus last year?

While the conflict has its origins in the desire for greater national recognition going back long before the collapse of the USSR, it was exacerbated by the post-1991 Georgian leadership, which either pandered to nationalist sentiments, as in the cases of Zviad Gamsakhurdia and Mikheil Saakashvili, or simply failed to tame it, as in the case of Eduard Shevarnadze.

The military conflict that erupted in early August 2008, however, required considerable planning. This has been pointed out by Georgian officials close to Saakashvili, such as former defense minister Irakli Okruashvili, former ambassador to Russia Erosi Kitsmarishvili, and the former head of the Border Police Badri Bitsadze. The Georgian military plan anticipated a rapid “restoration of order” in Southern Ossetia. Had this scenario been successful, it would have emboldened President Saakashvili to push into Abkhazia, and fulfill his campaign promise of uniting all of Georgia.

Perhaps the best summation of last year’s events remains the unguarded remarks of the head of the parliamentary commission of inquiry, Paata Davitaia, caught by Georgian television cameras last December: “They [the Georgian authorities] started the war; what else should they find out? They have started it, because of the wrong policies they have been pursuing throughout these years; that’s all.” (Civil Georgia, December 21, 2008).

Do you consider the reaction of the Russian Federation to the actions embarked upon by Georgia in South Ossetia was justified?

As typically occurs in such situations, Russia’s rationale for intervening has undergone a certain amount of “mission creep.” The original rationale cited Georgia’s violation of the 1992 Sochi Agreement (also known as the Dagomys Agreement), and its attack on the OSCE sponsored peacekeeping mission in South Ossetia.  The intense scrutiny by the Russian media soon forced the government to add to its rationale for intervention, stemming the tide of refugees and defending the civilian population of South Ossetia.

Ultimately, therefore, Russia has relied on two distinct arguments to justify its use of military force. First, defense of its peacekeepers, who were shelled by Georgian forces shortly after 18:00 GMT on August 7th. Second, the humanitarian argument that arose immediately as a result of the 35,000 refugees who fled before the Georgian assault, many of whom brought with them assertions of genocide against South Ossetians civilians.

Do you think the Russian reaction was adequate and proportionate?

This is, of course, the central question.  I believe it ought to be answered in stages. First, one should ask whether the response of the relevant international institutions to Georgia’s operation to "restore constitutional order throughout the region”—this includes NATO, the United Nations, and the OSCE—was appropriate.  As we now know, between 06:00 GMT on August 8 and 23:00 GMT on August 9, Russia tabled three resolutions at the UN Security Council calling upon all sides to renounce the use of force. Each time its efforts were opposed by the United Kingdom and the United States, who sided with Georgia’s UN Ambassador Irakli Alasania (now one of Saakashvili’s leading political opponents).  On August 11 Russia also called for an emergency meeting of the Russia-NATO Council to appeal for NATO’s assistance in ending the crisis. Again, however, this initiative was blocked by the United States.

Therefore, in the context of the international community’s failure to act, Russia’s reaction was appropriate and proportionate.

Would you draw a distinction between the Russian response in South Ossetia and examples of humanitarian intervention demonstrated by Western policymakers in Africa, Serbia, etc?

Despite the universal condemnation of genocide enshrined in legal documents, most notably, the “Convention on the Prevention and Punishment of the Crime of Genocide” adopted by the United Nations on December 9, 1948, international law has followed political reality in severely constraining the prerogatives of nations to intervene on behalf of the victims.  There have been a few notable exceptions, sanctioned by the UN Security Council, but these have been rare and post facto.

In the case of the 1999 NATO bombing of Yugoslavia, certain Western nations sought to establish the precedent that, in the absence of a global consensus, a regional organization could claim to act on behalf of the entire international community.  This stance has almost no support outside of a handful of Western states, since it potentially justifies military intervention by stronger states seeking to impose their wishes arbitrarily on weaker states.

In your opinion, did the Russian peace operation have any significant influence on international law?

I believe that the Russian “peace enforcement” operation in Georgia could be an excellent case study for international legal scholars.  It raises several important issues regarding a relatively new aspect of international law known as the “responsibility to protect,” or “R2P.”
If it is taken seriously, R2P obviously constrains the traditional supremacy of state sovereignty when it comes to gross violations of human rights. I think there is growing international sympathy with this view, though most scholars would rely on the consensus of the international community, as expressed through the UN Security Council, to define when such a gross violation has taken place. Russia’s decision to intervene unilaterally helps us to focus on the question of when states might be justified in acting unilaterally, citing the need to preserve human life, even in the absence of such a consensus.

There are tentative criteria, set forth in UN General Assembly Resolution 3314 on the “Definition of Aggression” that establish some guidelines for legitimate intervention. These include: (1) no territorial or other advantage gained; and (2) intervention proportionate and sufficient to end the aggression and preserve the peace.  This resolution also stipulates a positive obligation on the part of states to assist in the defense against aggression.  Interestingly, although written more than thirty years ago, these criteria do not differ substantially from the "Principles of International Law on the use of Force by States in Self-Defence" set out by a conference of legal scholars at Chatham House, the Royal Institute of International Affairs, in late 2005.

What is your perception of the grounds for Russia to recognize Abkhazia and South Ossetia?

Here, again, we have two principles of international law that are in direct conflict.  One is that the  territorial integrity of a state should be sacrosanct; the other is the right of people to self-determination.  For seventeen years Russia defended the territorial integrity of Georgia, losing more than 120 soldiers as peacekeepers in the region. After the attack of August 2008, and the Saakashvili’s vows to continue his campaign to reconquer Abkhazia and South Ossetia by any means at his disposal, Russia reluctantly came to the conclusion (on August 26 President Medvedev described it as “choosing the lesser evil”) that the only way to guarantee the survival of the Abkhazian and Ossetian populations on their own lands was to sign a military defense treaty with them. Recognition of their independence became a prerequisite, since such a treaty can only be signed with a sovereign state. Western recognition of Kosovo’s independence without Serbia’s approval, which took place in February 2008, merely established a convenient precedent for Russia’s actions.

What is your take on what people in the US think of the conflict and Russia’s part in it one year on?

Western media coverage has definitely become more balanced since last November, after it was revealed that the two senior Western military officers stationed in Georgia by the OSCE, former British Army captain Ryan Grist and former RAF wing commander Stephen Young, both confirmed that Russian version of events—that Georgian armed forces had conducted an indiscriminate and unprovoked attack on the South Ossetian capital of Tsinkhval.


Studies of the impact of media on public opinion, however, suggest that the initial impressions conveyed by respected news outlets tend to linger on, even if the story later changes radically.  It is therefore not surprising that American pundits and politicians continue to refer to the events of last August as “Russian aggression,” even though subsequent reporting has debunked this as a myth.

The overall perceptions Americans has of Russia is far less judgmental than that of the media or the policy making elite, since most people see little connection between Russia’s problems in the Caucasus, and their own lives.

In your view, do you think that information provided to the people at the time of the conflict was in any manner biased? Has it changed?

Balanced information on the August conflict was available from the very outset, to those who wanted it. Most Western media outlets chose Gori or Tbilisi as their base of operations, and naturally their reporting reflects that.  Those few who undertook the perilous journey to Tsinkhval during the first few days of the conflict (Piotr Smolar for Le Monde, Kim Sengupta and Shaun Walker for The Independent), or who, like Douglas Birch of the Associate Press, travelled to Vladikavkaz to interview Ossetian refugees, were able to observe and tell the Ossetian side of this tragedy.

By-and-large, however, the mainstream Western media had no frame of reference within which to deal with the Ossetians or the Abkhazians, and was therefore unable to explain why they felt aggrieved by the Georgian government. As a result, this vital side of the story was simply folded into the “Russian” narrative, which the media had already instinctively labeled as the aggressors. Sadly, while the facts regarding Georgia’s aggression are somewhat better known today, Western pundits and politicians remain ignorant of the history of the region and it peoples, and hence of the deeper roots of the conflict.

If one recalls the manner in which the conflict was portrayed a year ago, would you say that opinion of journalists has changed (if at all)? And in what direction (that’s if the answer is positive)

Although it is very unusual for a storyline to shift as dramatically as it did at the end of 2008, this does not appear to have led Western journalists and editors to any greater awareness of their own biases against Russia, or how these taint their reporting.

As recently as March12th of this year, for example, Washington Post publisher Katharine Weymouth wrote to ITAR-Tass correspondent Andrei Sitov that she sees no “bias against the Russian government in our editorial pages.” A remarkable statement, given that the paper regularly features commentary by Jackson Diehl, Anne Applebaum, Charles Krauthammer, Fred Hiatt, Peter Baker, Susan B. Glasser, Robert Kagan, Bruce P. Jackson, Jim Hoagland, David Ignatius, David Hoffmann, and Masha Lipman, all of whom have been unabashedly hostile to Vladimir Putin, but one is hard pressed to name even a single editorial commentator who has been sympathetic to Putin or his policies.

Paul Saunders of the Nixon Center, himself a former journalist for CBS news, describes the Washington Post as “an editorial echo-chamber in which its staff, columnists and others sympathetic to their views revel in their collective self-delusion,” (NationalInterest.org, June 6, 2008), while Jack Matlock, the last U.S. ambassador to the Soviet Union has termed several Washington Post editorials simply “outrageous” (Letter to Johnson’s Russian List #47, March 2, 2008.) Given its blatant editorial bias, and its portrayal of Saakashvili’s regime as “a kind of Camelot in the Caucasus,” to use Oxford historian Mark Almond description (Markalmondoxford.blogspot.com, November 3, 2007), it is scarcely surprising that it continues to portray the events of last August in stereotypically Russophobic fashion.

I hasten to add that there is no particular reason to single out the Washington Post. Among American newspapers, its reporting and commentary about Russia are typically regarded as both reasonable and balanced.

Do you think there is a potential for the U.S. and other Western countries to accept the independence of Abkhazia and South Ossetia?