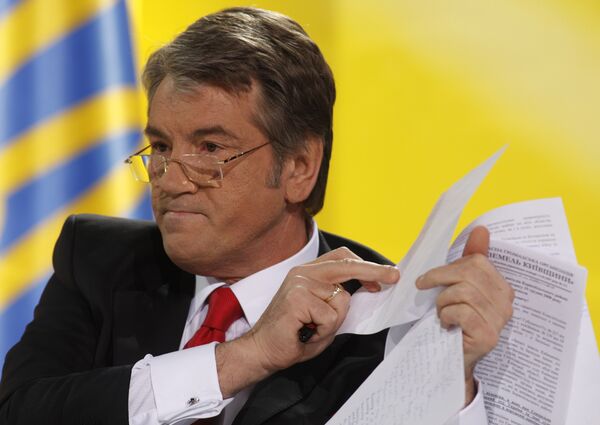 The document gives the Ukrainian government one month to draft and adopt an action plan to implement the program in 2009.

The Cabinet was also instructed to submit by December 1 a draft national program for 2010, and to follow the same procedure in the future until Ukraine is granted NATO membership.

Ukraine has been pursuing NATO membership since pro-Western Yushchenko was inaugurated in January 2005.

Ukraine and Georgia's NATO bids were strongly backed by the administration of U.S. President George W. Bush, but were turned down due to pressure from Germany and France at a 2008 NATO summit in Bucharest.

However, NATO has stated that the two countries will join at an unspecified date in the future.

Both countries have also been included in the alliance's Partnership for Peace program, aimed at allowing "partner countries to build up an individual relationship with NATO, choosing their own priorities for cooperation."

The implementation of Ukraine's national program on NATO accession will be checked annually by NATO experts.

New NATO Secretary General Anders Fogh Rasmussen said on Monday that Ukraine and Georgia were still far from joining NATO, but added that the membership remained open to countries that meet NATO standards.