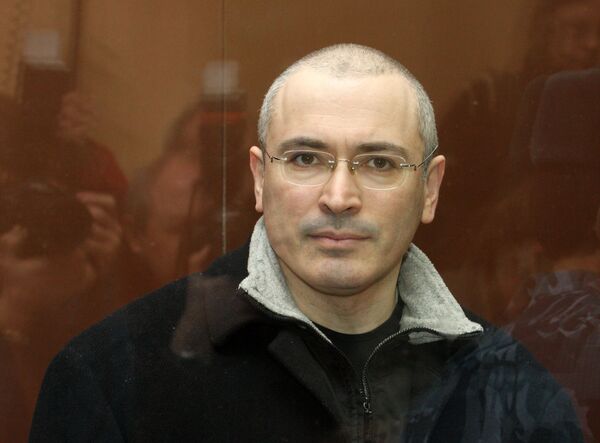 Three people attempted to campaign against Khodorkovsky's imprisonment in front of the National and Ritz-Carlton hotels on downtown Moscow's Tverskaya Street around 7:00 p.m. (15:00 GMT) on Tuesday. U.S. President Barack Obama stayed at the Ritz-Carlton during his visit to Russia, which ended on Wednesday morning.

Another seven people tried to demonstrate on Red Square at about the same time. They carried a banner with an inscription in English reading "Dear Mr. Obama, you are invited to the trial of Mr. Khodorkovsky."

All the detainees were released after being charged with administrative offences, which they said they would appeal.

In an interview with Russia's Novaya Gazeta newspaper ahead of his visit to Russia, U.S. President Barack Obama expressed his concern over the new trial of Khodorkovsky and his business partner Platon Lebedev.

Although Obama said it was "odd" that the new charges came as Khodorkovsky neared eligibility for parole, he added that "it is improper for outsiders to interfere in the legal processes of Russia."