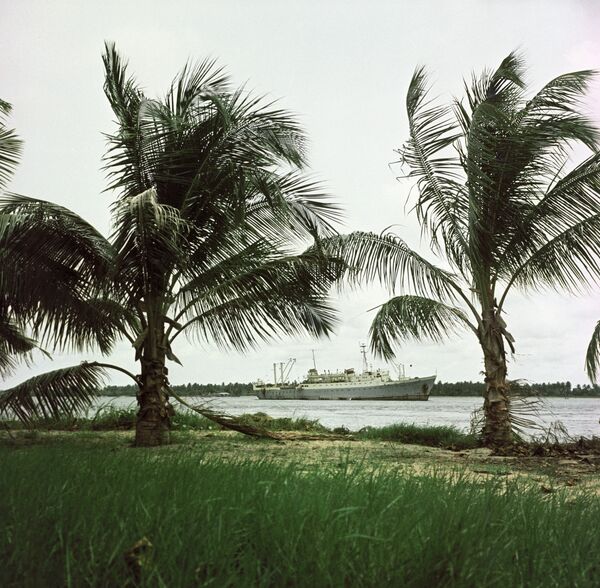 Nigerian gunmen boarded a tanker and took six crewmembers, including two Russians and a Ukrainian, hostage, the Sovfracht Maritime Bulletin confirmed on Tuesday.

The Sichem Peace, a chemical tanker, was attacked by the Movement for the Emancipation of the Niger Delta (MEND), the leading militant group in the Niger Delta, on Sunday some 18 miles from Escravos, Nigeria.

The attackers abducted six crew members - two Russians, one Ukrainian, two Filipinos and an Indian - leaving a further 13 crewmembers on the ship who were later released.

The group said in a statement the ship was attacked as it had ignored earlier warnings to stay away.

"Their arrest is meant to serve as a warning to others that there are root issues that have to be resolved with the Nigerian government before normalcy can resume," MEND said in a statement.

The tanker, owned by Singapore's EMS Ship Management, was built in 2005.

Abductions of foreigners are not uncommon in the West African state, particularly in the oil-rich Niger Delta region, where locals complain that income from crude exports fails to reach the region.

The groups behind the abductions often demand ransoms in addition to political declarations. The Movement for the Emancipation of the Niger Delta is the main militant group carrying out attacks and acts of sabotage on foreign facilities operating in the region.