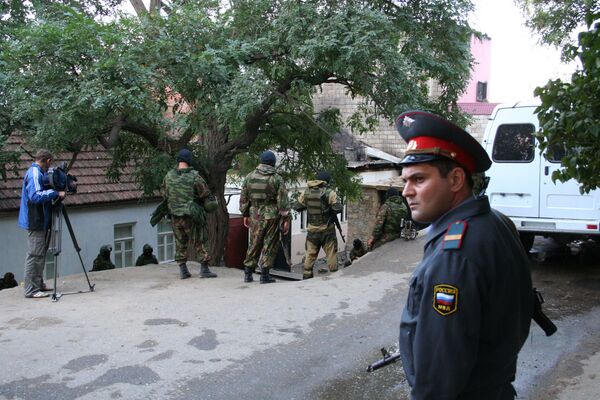 Security in Ingushetia has been tightened after the republic's President Yunus-bek Yevkurov was seriously injured in a roadside bomb in the Nazran District last week.

The officers were shot when gunmen opened fire as they entered a house during a special operation in the village of Kantyshevo, near the border with North Ossetia. The two gunmen were killed in the shootout that followed.

There were about ten gunmen in the house, according to an Ingush police source. Armored vehicles and police back up was required to deal with the militants.

The two injured officers have been hospitalized.