Cruise ship with A/H1N1 outbreak onboard arrives in Russia 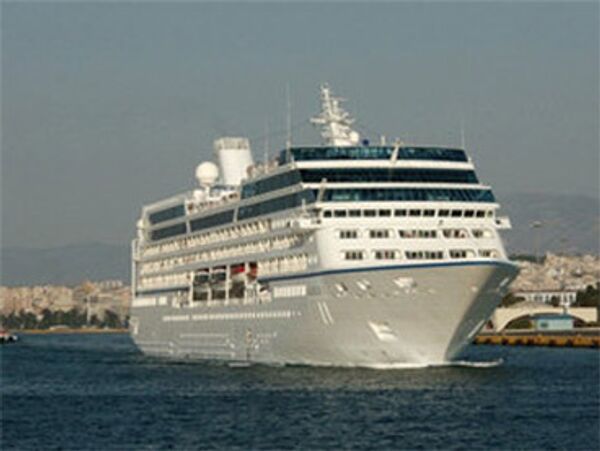 Swine flu was confirmed in 13 crew members and one passenger of the Emerald Princess cruise liner, which sailed from the Finnish capital, Helsinki. The infected have been quarantined in their cabins and are being treated with the anti-viral drug Tamiflu.

"A/H1N1 flu has been confirmed in all quarantined people," Onishchenko said. "Their condition does not require hospitalization."

The first case of the highly pathogenic virus, which infected at least 70,893 people worldwide, was confirmed in several crew members on June 18. When the vessel arrived to St. Petersburg, 16 people had already recovered and tested negative for the virus.