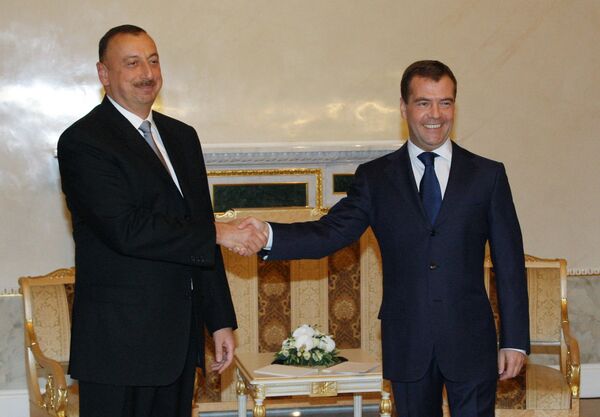 Russian President Dmitry Medvedev will visit Azerbaijan on Monday to discuss trade and economic cooperation, including in the energy sector, a Kremlin source said.

"Talks between the leaders of the two countries will focus on the development of trade and economic ties, including effective cooperation during the global economic crisis," the source said.

One of the key areas of cooperation to be discussed during the visit is the supply of natural gas from Azerbaijan to Russia.