Russia's Medvedev urges security forces to be tough on bandits 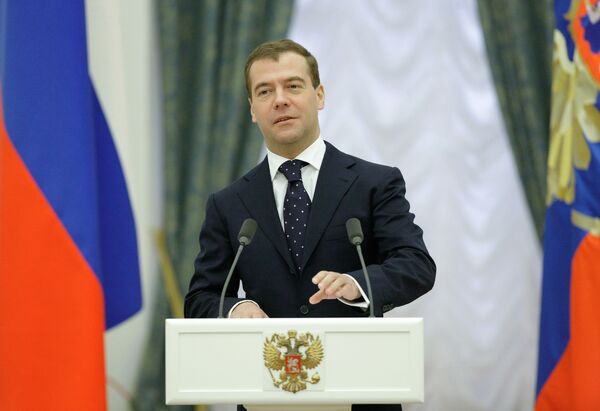 "You need to act, conduct operations. Report to me how many bandits have been killed," he said at a meeting with the Russian Security Council members. "I would like you to report to me what has been done and what we are going to do in the near future to deal a right response blow."

Yunus-bek Yevkurov, the president of Russia's North Caucasus republic of Ingushetia, received serious head and internal injuries on Monday when his motorcade was hit by an explosion believed to have been detonated by a suicide bomber. He was airlifted to Moscow after undergoing surgery in Ingushetia.

Yevkurov's spokesman said Saturday that the Ingush leader is showing small signs of improvement but remains in a coma.

"Small improvements are seen in the president, and overall he is stable. Doctors do not expect any sudden changes," press secretary Kaloi Akhilgov said by telephone, adding that Yevkurov had still not regained consciousness.