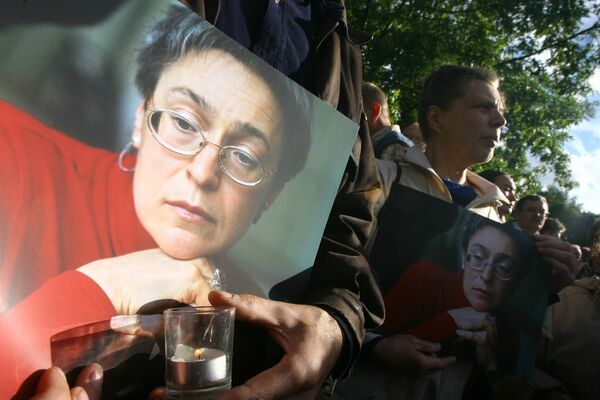 The Moscow Military District Court acquitted in February Dzhabrail and Ibragim Makhmudov, brothers from Chechnya, and former police officer Sergei Khadzhikurbanov of involvement in the journalist's murder, one day after the jury unanimously concluded that prosecutors had failed to prove the defendants' guilt.

"We expected such a decision, we predicted such an outcome even at the time of the acquittal. An acquittal in our country is perceived as an absolute evil that must be fought against," Musayev said.

He said the court had absolutely no grounds for overturning the acquittals.

Dzhabrail Makhmudov, who was released from custody after the acquittal, said he did not intend to flee from justice and was only concerned with establishing the truth.

Novaya Gazeta reporter Politkovskaya, who gained international recognition for her reports of atrocities against civilians in the troubled Caucasus republic of Chechnya, was gunned down in an elevator in her Moscow apartment building in October 2006, in what police described as a contract killing.